Who are KSDK’s Casey Nolen and Abby Llorico? Age and career revealed 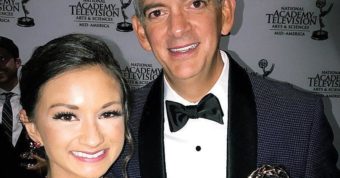 Fans are interested to learn more about Abby Llorico and Casey Nolen, who announced their departure from KSDK.

It was reported this week that Llorico and Nolen would be leaving their jobs at KSDK in St. Louis, Missouri. Their last day will be March 4, when they depart for WUSA in Washington to take up new positions. Fans are also interested to learn more about the pair’s relationship, as well as how they plan to get married this summer.

Who is Casey Nolen? Age and career explored

Casey Nolen is a retired news anchor and sports reporter who has worked for KSDK in St Louis, Missouri. Nolen began his career with KSDK more than 14 years ago, having just celebrated his latest work anniversary in September.

He began his career with KSDK as a reporter in 2007 and has since become a familiar presence on Friday and Saturday evenings, anchoring the station’s broadcasts. The news anchor is 37 years old, according to a 2013 birthday article, and he or she celebrated his or her most recent birthday in October.

Abby Llorico is a reporter for KSDK, where she has worked since 2017. She’s recognized St Louis residents for her Today in St Louis reports and podcast series Abby Eats St Louis, which finds her eating throughout the city. She previously worked for both WCIA in Illinois and WISH-TV in Indiana.

Abby Llorico is 29 years old, according to a listing on the St Louis Business Journal’s 30 under 30 list. She marked her birthday last week, according to a post on her Instagram.

According to reports, the pair is around eight years apart in age. Nolen and Llorico have been dating almost four years and are set to marry in July.