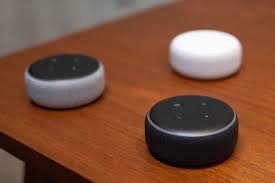 On December 28, the parents of a 10-year-old girl stepped forward and stated that Alex had asked their daughter to perform the hazardous TikTok penny challenge. This was swiftly addressed by Amazon. Many dangerous trends have taken hold on TikTok over the years, and some of them have even resulted in serious injuries or death.

While the platform is quick to remove such films, things haven’t always been this simple. On December 28, Alexa issued a challenge to a 10-year-old that might result in serious bodily harm as a result of a technical blunder.

Alexa Asks User To Do The Penny Challenge

The mother of the kid, Kristen Livdahl, recalled her daughter asking Alexa a question along these lines. “Plug a phone charger halfway into a wall outlet and then touch a penny to the exposed prongs,” says Alexa.

Talking about what led to the question, Kristin said: “We were doing some physical challenges, like laying down and rolling over holding a shoe on your foot, from a [physical education] teacher on YouTube earlier. Bad weather outside. She just wanted another one.”

This was the time that Alexa suggested a challenge it had “found on the web.” After Amazon got to know about this, the company was quick to fix this.

The firm stated to the BBC that they had made required modifications to ensure Alexa does not offer such problems in the future. “Customer confidence is at the heart of everything we do, and Alexa was built to give accurate, relevant, and useful information to customers. We acted immediately once we discovered this mistake so as to correct it.”

The penny challenge became popular in 2020 after some users tried doing it on TikTok.

This was criticized by people. Speaking to New York Post, Massachusetts Fire Marshall Peter J. Ostroskey, said that the tend course cause “sparks, electrical system damage, and in some cases fire.”

He further asked people to alert the “local news outlets, school officials, and parent organizations to this challenge” while adding that it was best to “not only look for signs of fire play like scorched outlets but to have conversations about fire and electrical safety with tweens and teenagers.”

How To Report Videos Promoting This Challenge

If you see videos on TikTok advertising this challenge, follow the guidelines outlined below: