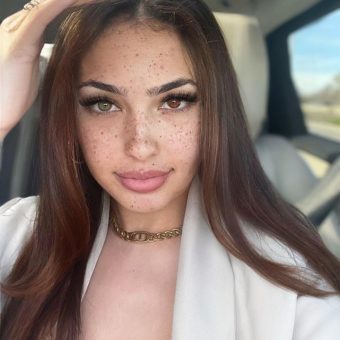 The latest rising TikTok star is Ash Kaash, who has a huge following on various other social media platforms such as Twitch and Instagram.
However, the majority of what people know about Ash comes from her Instagram photos, so we’ve compiled all you need to know about the influencer.

Who Is Ash Kaash?

Ash Kaash is a Chicago, Illinois, influencer and TikTok star. She was born on January 9, 1998, which makes her 23 years old. ash.kaashh is where you can find Ash on Instagram.

The influencer’s first Instagram post was published in August 2018, and it contains the following declaration: “I’m going to be a millionaire.” Ash’s Instagram account is filled with selfies, holiday photos, and fashion shots that she shares with her large following on the app. She describes herself as a “model” in her biography.

Does Ash Kaash Have Other Social Media?

For example, Only Fans charges a $49.99 monthly subscription fee for its accounts. She has 21 postings on the site and 6.4 thousand followers as of this writing.

She also has a personal Twitter page where she frequently tweets about her views and ideas on a variety of issues. One of her most recent postings, which was retweeted more than 150 times, states: “Putting oneself first isn’t self-centered… It’s critical!”

On Twitch, Ash has over 40 thousand followers. Ash does have a YouTube channel, but there are no videos on it right now. TikTok is a popular video-sharing social networking site, and Ash has a substantial following there. Only two accounts exist on TikTok, which she verified on her Instagram after people began to impersonate her online.