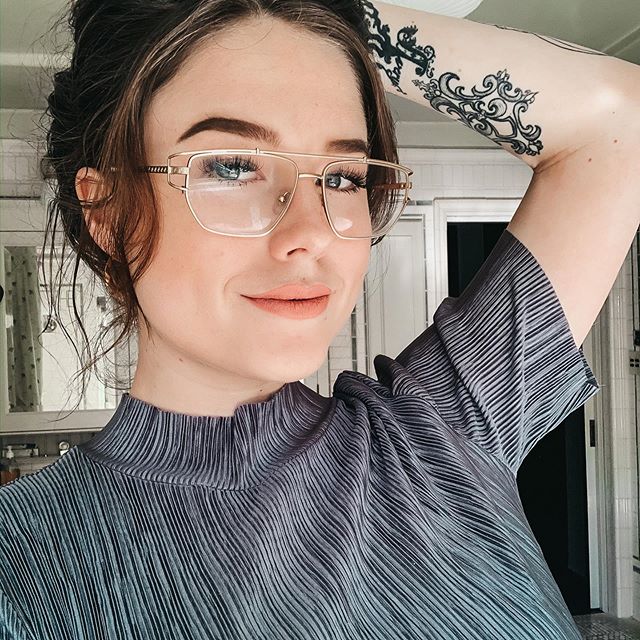 Alaina Meyer is best known for her relationship with American actor Johnny Galecki who is famous for playing role in Big Bang. She is born on 2nd February, 1997 in San Diego, USA. Alaina . She is a Model and Actress from rose to the limelight after making public appearances with ‘The Big Bang Theory’ actor, who is almost double her age named, John Galecki.

Moreover, Johnny Galecki started dating Alaina Meyer after breaking up with his long-time girlfriend Kaley Cuoco. After Alaina’s relationship with Galecki, her popularity on social media shot up. They have traveled to several countries, ever since the couple began dating.

Currently, Alaina is dating US based actor, John Galecki. They are together since 2018. In August 2018, Johnny Galecki shared a picture on his Instagram page, which grabbed the attention of many of his fans. In the picture, the 43 year old actor was seen hugging a pretty woman, whose identity was not revealed at the time. Later, it was confirmed that the woman in the picture was Alaina Marie Meyer and that she is the new girlfriend of Johnny Galecki.

Then after, the two started appearing in public, gracing many events. On August 20, 2018, the couple was seen attending the ‘Jack White’ concert, at the famous ‘Santa Barbara Bowl’ in California. The couple also often seen traveling together as they have traveled to places like Norway and Elbow Cay, Bahamas. They were also spotted at Chicago’s ‘Waldorf Astoria Hotel’ in August 2018. They both share an interest in similar kind of music.

Moreover, the former “Big Bang Theory” and “Roseanne” star and his girlfriend, model Alaina Meyer, have also blessed their first child, a baby boy. Galecki, 44, announced the happy news via Instagram with a black-and-white photo of the couple’s hands holding the tiny hands of their newborn son.

Alaina Marie Meyer was born in San Diego, California, United States of America. Her father name is John Stryker Meyer, was a member of the US Army Special Forces. He has also written a couple of books about his personal experience of being a part of the famous ‘Vietnam War.’ As of education, she graduated from Florida State University in English Literature. After completing her education, Alaina started working as a fabricator manager.

At present, Alaina worked as a writer at Howard University. Then, she started modeling for popular brands. John’s partner will appear in an episode of “The Big Bang Theory” show. She became a known face because of her endorsements for top brands as well. She is sponsored by several mega brands and makes a hefty income from modeling in commercials, music videos, prints and the internet. Apart from having one of the hottest bodies, Alaina is irresistibly attractive. She has sharp features and beautiful skin. She has many young women who consider her their role model and follow her diet and daily regime meticulously. She is grateful for her fans and the male attention she receives. However, she works really very hard to keep herself fit, as work doesn’t come easy and thus she spends around 2 hours each day toning her body. She is humbled when fans come up to her on the street and allows them to take as many pictures as they want, as it gives her joy to make others happy.

How much is the worth of Alaina Meyer? Her net worth is estimated around U.S $800,000. She stands on a height of 5 feet 7 inches tall.