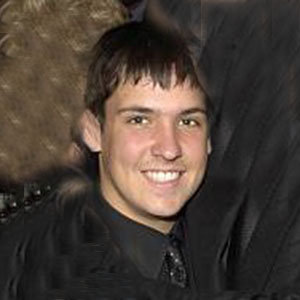 Quinton Anderson Reynolds is a well known American Camera Assistant, Digital Imaging Technician, Editorial who works in Hollywood. He is born August 31, 1988 better known to be the Adopted Son of Burt Reynolds, an American actor, director, and producer of film and television, considered a sex symbol and icon of American popular culture. Moreover, his mother Loni Anderson is an American actress who is known for her role as receptionist Jennifer Marlowe on the CBS sitcom WKRP in Cincinnati (1978–1982), which earned her three ‘Golden Globe Awards’ and two ‘Emmy Award’ nominations. The 30-year-old Star Kid has assisted many TV shows and films like Quija: Origin OF Evil, 100 Degrees Below Zero, Mercenaries, NCIS and many more. Overall , we can say that he is not the face of the TV or Movies, but he is a person that makes a face on the TV and movies look good. Check out this biography to know about his birthday, parents, childhood, family life, age, height, weight, career, net worth and fun facts about him.

His family consists of his mother, father and siblings. He holds American nationality and belongs to white ethnicity. His parents walked down the aisle in the year 1988, and right after that, they adopted him. However, they got divorced in the year 1993 just after five years of their marriage, and the reason is not disclosed yet. He has siblings as well. He also has an elder sister named “Deidra Hoffman“. Klaydon Carl “Andy” Anderson and Burton Milo Reynolds Sr. are the names of his grandfathers. In addition, Fern H. Reynolds and Maxine Hazel Kallin are his grandmothers. As per his education, he has completed his graduation in Arts degree from the California State University. After his graduation, he has been working as a camera assistant in the Hollywood Industry.

Quinton is not so open about his personal life and dating history. He keeps himself away from the paparazzi. Moreover, he also doesn’t let many people to his social media accounts. His previous dating history is also not known in public domain.

Talking about his career, he is working as camera assistance and imaging technician. He has done some of the great projects like 100 Degree Below Zero, Ouija: Origin Of Evil Mercenaries, and High School Profession while working with cameras. In the same way, he has also shown his skills in the Mechanical department in the projects like Chrisman In palm Springs, Starving in Suburbia and many others.

How much is the worth of Quinton Reynolds? His net worth is estimated around U.S. $800,000. His father had a net collection of $12 Million. Likewise, his mother also has $12 Million net worth, which she has made from her acting career. Apart from this, he stands on a height of 5 feet 10 inches tall. He weighs around 75 Kg or 165 lbs.