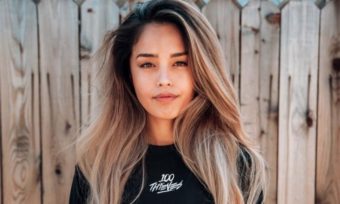 The product description for Addison Rae’s skincare regimen, which was launched in January of this year, appears to be similar to RFLCT by Valkyrae, a firm that no longer exists.

On February 1, 2022, Addison announced the debut of her new skincare line, Screen Break. According to the official website, the product protects your skin from harmful blue light generated by digital screens. Soon after Valkyrae tweeted about it on Twitter.

Valkyrae Changes Her Name On Twitter After Screen Break’s Announcement

It appears that Valkyrae has abandoned her skincare line after her negative experience with RFLCT. She’s even distanced herself from Addison, as evidenced by a tweet featuring Addison’s announcement of Screen Break and a portion of her response: “IM REBRANDING TO JUST VALKY”.

Her current Twitter handle is “JUST VALKY.” The streamer has changed her name from “rae” to Addison’s surname, which is also known as RFLCT. After Valkyre was released, there was a lot of criticism directed at RFLCT. The skincare line was discontinued after a large number of consumers were perplexed by its necessity.

A Look At The Streamer’s Past Comments On Rflct

Valkyrae addressed the outcry RFLCT received in a YouTube stream on October 23, 2021, and refuted her position. When she saw that the firm’s website did not contain any study regarding the product, she was “confused.”

Valkyrae, on the other hand, stated that she had actually done the study and was a part of testing the samples for 18 months. Valkyrae mentioned that because her findings might be stolen by other businesses, she couldn’t reveal anything publicly. Her explanation did not sit well with others, and it generated more abuse.

The about section of the website describes the product as: “A clinically proven moisturizing blue light mist that protects skin from everyday pollution and artificial HEV blue light.” The site further claims that the product is vegan and cruelty-free.