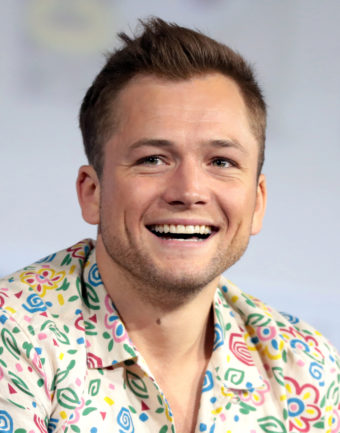 For years, fans have lobbied producers to cast Taron Egerton as the next Wolverine, and it appears that their prayers may be answered. The 53-year-old actor quit the role after playing it in ten films and told The Daily Beast, “It was the right time for me to leave the party – not just for me, but for the character.” “Someone else will take up the mantle. It’s a great character that shouldn’t be wasted,” he said. Many fans have long hoped that Kingsman actor Taron Egerton would play Logan.

While there are no immediate plans for him to play James “Logan” Howlett, his recent Instagram post has sparked rumors that he’s preparing for the role.

On Tuesday (February 1st), Taron posted a Story of himself dancing in nothing but a white towel on Instagram. Taron danced to The Beegees’ 1977 song More Than a Woman, showing off his muscular physique.

The video has received a lot of positive feedback from fans, with one expressing sentiments exactly like this on Twitter: “Taron Egerton dancing with a towel around his waist is just what I needed. That man is gorgeous.”

From the video, it appears that Taron has been working out a lot this year, and his gains have drawn the attention of fans. Many people believe his new physique is due to him preparing for a new film part, with suggestions that he may be playing Wolverine rife.

There’s no real evidence to suggest he’s been chosen for the role yet, but it hasn’t stopped fans from dreaming on Twitter.

Taron, who played alongside Hugh Jackman in Eddie the Eagle, has addressed the Wolverine talk before. “As far as I know, it’s unfounded,” he said on the Heart Breakfast radio program in the United Kingdom. I’m not sure if I’m grisly enough.”

“If the people at Marvel think I’m good, let’s do it. But I believe there are probably better applicants. However, I’d love to be involved with that world in some capacity.”

Three years ago, Smith slipped out of the role after Marvel’s Kevin Feige stated it would be played by someone else. Rumors continue to swirl on Twitter that he will play Wolverine in a yet-to-be-titled Marvel Cinematic Universe film that is scheduled for release in 2024.

However, the part in the as-yet-unnamed motion picture has yet to be filled as of February 2022.