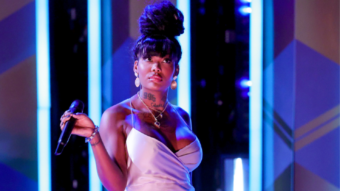 Summer Walker, an American pop singer, recently showed off her new haircut on Instagram. The 25-year-old informed her 4.3 million followers that she had shaved her head, which elicited a variety of responses from fans.

Summer took down her tweet after receiving a slew of negative feedback. Others, on the other hand, have expressed their support on Twitter. Let’s take a look at the new style, which has astonished everyone.

On Wednesday (February 2nd), the Falling singer posted a carousel of photographs on Instagram showcasing her new cut. Summer stated that she has shaved almost all of her head, leaving only a ponytail of black hair with which to style her dark dreadlocks.

She showed off the style from four different angles and wrote: “Legit wanted this hairstyle my whole life.”

The post has since been deleted following some negative comments, but screenshots of it are still circling Twitter.

Fans instantly began taking to Twitter to react to the hairstyle, and it’s safe to say everyone was a little shocked.

One person wrote: “Summer walker my girl, but why would she go do that to her hair.”

Others Liked The Hairstyle

Despite the criticism, a variety of consumers have come to her defense and chastised others for making fun of her.

Another commented, “Nah cuz why did summer walker delete that post of her hair i liked it it was bold”.