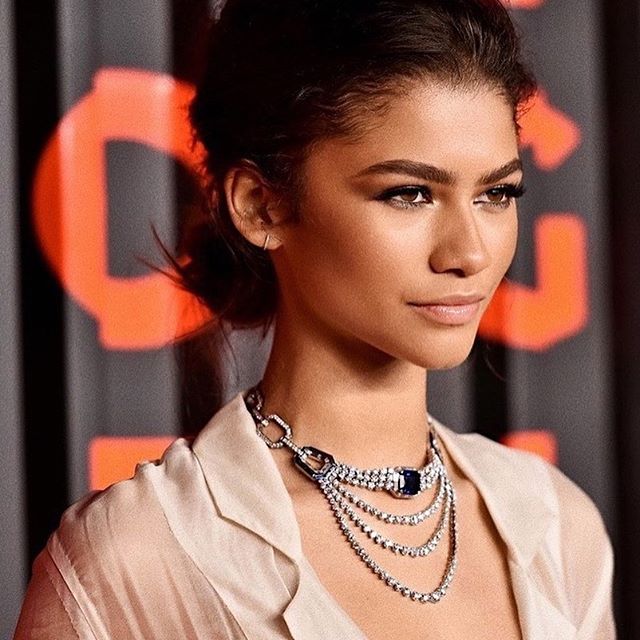 Zendaya’s engagement ring in her most recent Instagram posting has fueled rumors that she is engaged to her co-star and boyfriend Tom Holland. The notion was sparked by Zendaya’s Instagram story, where she showed off her new hairstyle.

Since videos and images of the Spider-Man: No Way Home cast kissing appeared this summer, viewers have been enthralled with their relationship.

After Zendaya revealed her new hair on Instagram Story on Thursday (December 16), the rumors began. The Dune star looked beautiful with her fresh hairdo, and she included hairstylist Sarah Shears in the post. “It was time for a change,” wrote the caption.

Zendaya’s crimson locks were stunning, but the diamond ring she was wearing on her fourth finger while taking a mirror selfie drew the attention of many fans. Given that Zendaya and Tom are dating seriously, followers were naturally thrilled by the ring.

However, it was not actually Tom who gave Zendaya the ring, and they are not engaged. The actress received the yellow diamond Bulgari ring for herself. In an interview with British Vogue in October 2021, she revealed what she spent a lot of money on jewelry.

“This is my splurge, my treat-myself,” the star revealed when asked about her ring. “I do get a little employee discount,” Zendaya continued laughing, indicating that she is Bulgari’s ambassador.

“It feels like it’s gonna be an heirloom, like one day I can give it to my grandchildren,” the actress said.

Zendaya has been seen wearing the ring on multiple occasions.

After seeing the ring, fans were ecstatic. WHAT’S NEXT FOR THE STARS AFTER SPIDER-MAN: NO WAY HOME? Tom has a lot of cool stuff in the works following Spider-Man: No Way Home.

On February 18th, he’ll debut in his next film, Uncharted, as Nathan Drake. Victor “Sully” Sullivan is the protagonist of the film, played by Mark Wahlberg. He also revealed that he will play legendary actor Fred Astaire in an as-yet-untitled film now filming.

“I’m going to dust off the old tap shoes and go back to Pineapple Dance Studios [in London] and start taking tap lessons … It’s something I’ve done for a very, very long time, so it’s something I’m sure I’ll be able to pick up,” the star later told Variety.