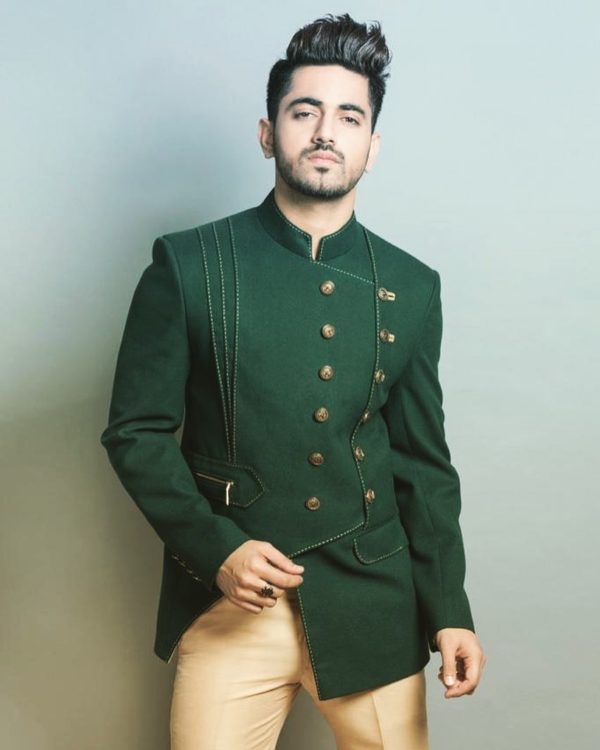 Zain Imam is a well known Indian television actor. He touted to stardom for his portrayal of Yuvraj Luthra in Tashan-E-Ishq, Neil Khanna in Naamkarann and Kabir Mittal in Ek Bhram Sarvagun Sampanna. Moreover, he has an immense fan following under his Instagram account. Tune in bio and explore more about Zain Imam’s Wiki, Bio, Age, Height, Weight, Girlfriend, Net Worth, Career and many more Facts about him!

How old is Zain Imam? His birthday falls on May 18, 1987. At present, he is 33-yrs old. His zodiac sign is Taurus. He was born in New Delhi, India. He holds Indian nationality and belongs to mixed ethnicity.

Who is the girlfriend of Zain Imam? At present, he has not given any insights about his dating life. Currently, he is single and very focused on his career. As per his previous dating history, Zain dated Ik Waar fame, Zaara Yesmin.

Zain Imam Career Timeline: Imam launched his career as a model, working for agencies such as the Aldo Group. Later, he did a few TV commercials before pursuing his career in acting. In 2014, he began his television career with MTV India’s Kaisi Yeh Yaariaan as Abhimanyu Thakkar. From 2015 to 2016, he played Yuvraj Luthra, in Zee TV’s Tashan-E-Ishq. For his performance, he was awarded with Best Actor in a Negative Role at Gold Awards. The show wrapped up in September 2016. From 2016 to 2017, Imam played Abeer Dharmadhikari in Zee TV’s Yeh Vaada Raha. Then, from 2017 to 2018, he portrayed the role of ACP Neil Khanna in Star Plus’s Naamkarann opposite Aditi Rathore. In 2018, Imam played Arjun in &TV’s anthology series Laal Ishq. He went on to play Mohit in Star Plus’s Ishqbaaaz. In 2019, he participated in Colors TV’s Khatron Ke Khiladi 9. Next, Imam portrayed Kabir Mittal in Star Plus’s Ek Bhram Sarvagun Sampanna opposite Shrenu Parikh.

What is the net worth of Zain Imam? He is pursuing a career in acting and modeling. He went viral with one of his earliest videos. As in 2020, his net worth is estimated around RS 20 lac a month.