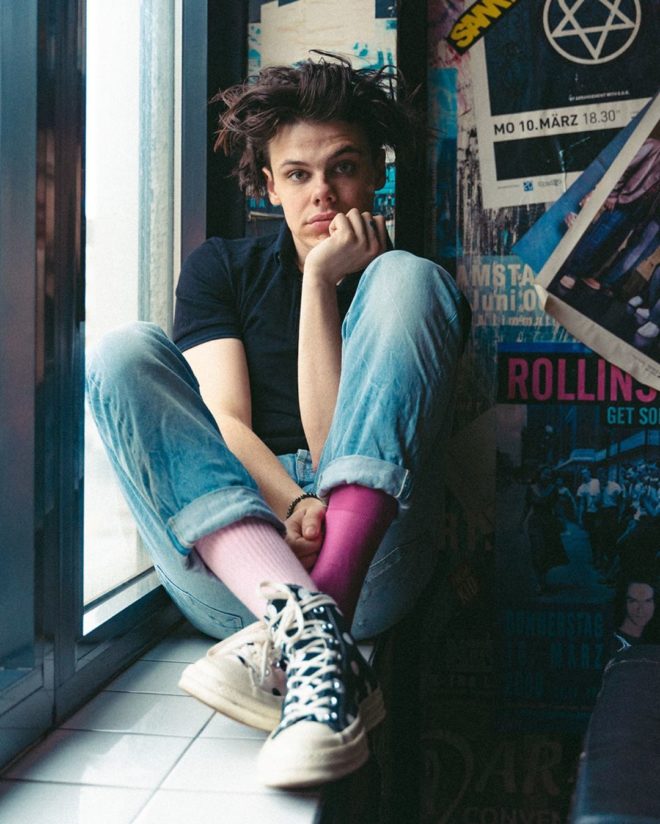 Yungblud is an American Singer and guitarist. He is well known for his debut EP, Yungblud, was released 19 January 2018 and debut album, 21st Century Liability, which was released on 6 July 2018. In addition, he released his highly-anticipated new single “Strawberry Lipstick” along with an explosive video. Tune in bio!

How old is Yungblud? He was born on August 5, 1997 in Doncaster, England. He is 23-years old. His birth sign is Leo. He holds British nationality and belongs to mixed ethnicity. His birth name is Dominic Richard Harrison. His mother name is Samantha Harrison and father named Justin Harrison. He has siblings as well. He has two younger sisters Jemima Harrison and Isabella Harrison. As of education, he studied at Arts Educational Schools, London and starred in “Emmerdale” and “The Lodge” before beginning his music career.

Who is the current girlfriend of Yungblud? He is in relationship with singer Halsey. She is a bisexual. She has often spoken out against biphobia. Moreover, Halsey and Yungblud confirmed their relationship in February, months after first being spotted together.

At the age of 16 he began writing songs. In 2017, Harrison released his debut single “King Charles”. He wrote the song “Tin Pan Boy” for the soundtrack to the series 13 Reasons Why. How much is the net worth of Yungblud? His net worth is estimated around $ 1 million. Singing is his primary source of income.