Why did they kill Eskel in The Witcher? Does he die in the books? 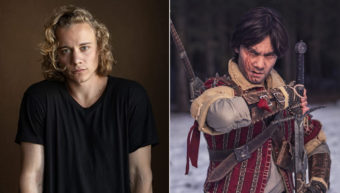 After a series of injuries and epidemic-related delays, Henry Cavill has resumed his role as the silver-haired monster hunter, Geralt of Rivia, in The Witcher season 2. We’ll look ahead to why Eskel was murdered during season 2 and whether he makes it out alive in the novels.The second season of The Witcher is expected to be based on the Blood of Elves book by Andrzej Sapkowski and will begin the Time of Contempt. Following the battle at Sodden, Geralt takes Ciri back to Kaer Morhen to keep her safe and educate her.

The story is based on the bestselling book series written by Polish fantasy writer Andrzej Sapkowski, and it was also transformed into a popular video game franchise by CD Projekt Red, which actor Cavill is a fan of.

Why did they kill Eskel in the Witcher Season 2?

In the second season episode 2, titled “Kaer Morhen,” Eskel was wounded by a Leshy and subsequently died. The Leshy transformed Eskel into a tree-like monster, but Geralt and Vesemir managed to kill him due to his danger of remaining alive.

The time it would have taken for Geralt and Vesemir to find a cure would have allowed Eskel to cause far too much damage in his altered condition. In another situation, when Geralt was trying to persuade Vesemir that Ciri was too valuable to kill, the decision to harm Eskel was followed.

Does The Character Die In The Book?

No, in the books and plays, Eskel does not die. He has a significant role in future events of The Witcher’s literary series.

Netflix Dead To Me Season 3: Release date, Cast, Plot and everything you need to know

Fans were furious and bewildered that the Netflix writers killed off a beloved character from the book and video game series. It will be exciting to see how the series handles Eskel’s absence in light of his prominent position in future events in the source material.

Basil Eidenbenz portrays Eskel in The Witcher season 2. He grew up in Zurich, Switzerland, and went to the European Actor School before beginning his career in German humor Let’s Get A Divorce.

Eidenbenz has appeared in a number of films and television programs throughout his professional career, including Denial (2016) and The Athena (2018). After Thue Ersted Rasmussen was forced to leave the part due to scheduling conflicts linked with COVID, actor Martin Iff Christensen stepped in as Eskel.

The second season of The Witcher is now available to stream on Netflix.