Who wins Too Hot To Handle season 3? 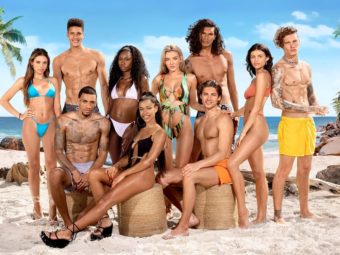 Have you seen Too Hot to Handle season 3 yet? With an even larger prize pool this season, the stakes are higher than ever. Contestants aren’t deterred from breaking the rules and doing whatever they want, which resulted in the prize fund plummeting dramatically.

However, some of the contestants exhibited personal growth and emotional maturity throughout the show’s run, and as a result, they advanced to the finals. Nathan, Georgia, Stevan, Izzy, Jaz, Patrick, Holly, Beaux, Truth , and Harry are among the season 3 cast.

When Lana revealed the finalists, I didn’t think some of them were deserving. In my opinion, other contestants deserved to be in the top three. But maybe there were extra clips from the finalists demonstrating their self-improvement that we missed out on. Ultimately, the winner of Too Hot to Handle season 3 was determined, and it was well-deserved. We’ll share who won third season right below.

How many people won Too Hot to Handle season 3?

For the first time in Too Hot to Handle history, a couple won the dating game show. In the final episode of the season, Lana revealed the contestants. Georgia, Harry and Beaux, as well as Nathan were named as finalists. A voting procedure was carried out by other retreat visitors following the candidates’ announcement.

Following the votes, winners were announced, and they departed with a $90,000 prize pool shared between them. So who won the large grand prize?

Too Hot to Handle season 3 winners

The winners of season 3 were Harry and Beaux, a pair formed recently! Nathan was the runner-up, with Georgia taking last position. Who would have thought that after not being each other’s first choice for partner, Harry and Beaux would find love? Despite their oddity, they were well deserving of victory.

Harry and Beaux had a genuine friendship, and they both exhibited progress in their efforts to become better people. Their relationship helped them develop as individuals as well as get through their commitment issues.

They battled their body’s cravings and formed an emotional bond. The remaining retreat participants appeared genuinely pleased to see Harry and Beaux triumph, and they all toasted with champagne.