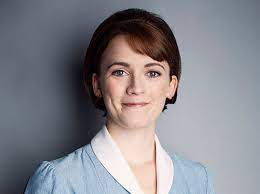 Fans of Call the Midwife have been talking about Barbara lately, but who played her on the series? It was a shocker and viewers went through an emotional rollercoaster when it aired.

Barbara’s prominent role in Lucille’s wedding plans was particularly noted by fans. The character’s unexpected demise, on the other hand, many disappointed.

Who Was Barbara On Call The Midwife?

Charlotte Ritchie is an English actress who played Barbara Gilbert on the BBC drama. The actress was a member of the cast from 2015 to 2018, according to Wikipedia.

Apart from Call the Midwife, she is recognized for her roles in Feeling Good (2020), Repeat (2021), Ghostbusters: Answer The Call! Charlotte also starred as an extra in Harry Potter and the Goblet of Fire (2005).

Her acting credits make up a long list, but the star also dabbled with writing. She wrote the 2019 short film, Capital.

From the looks of it, Charlotte is not very active on social media.

What Happened To The Character?

The doctor discovered that the nurse had meningitis. She did not recover from blood poisoning as her health deteriorated rapidly. Barbara’s husband, Tom, and Phyllis sat by her bedside after the doctor informed them of her condition. They were informed that there was nothing else that could be done for her and that she would soon pass away.

Fans were relieved when the beloved nurse initially appeared to be recovering, but her health took a nosedive. She eventually died at the conclusion of Series 7. Charlotte, who portrayed the character, has talked about why she decided to bid adieu to the show.

Talking to the Mirror, the actress said, “Barbara’s had such a good journey, this feels like a good time to go before I become too complacent.”

“That was my biggest fear – of getting so comfortable that I was taking the job for granted,” Charlotte explained, stating there was no ‘negative reason’ behind her decision to leave the show.

Barbara’s death was met with sadness by her audience. Here are some of the most memorable reactions from fans as they recall Barbara’s character on the show.