Who is Charli D’Amelio dating in 2022: Net Worth, House Tour, Success Story & more 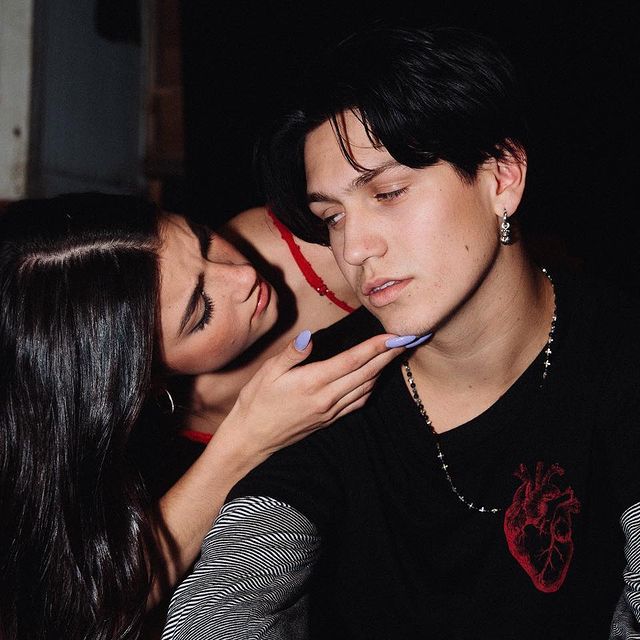 Charli D’Amelio is a dancer and social media celebrity who has gained fame for her online videos on the video-sharing platform TikTok. She became TikTok’s most popular creator after releasing her dance films on the site in 2019. As a result of her popularity, D’Amelio has done numerous commercial partnerships, as well as starting a podcast, cosmetics line, and nail polish collection.

Since her rise to fame on TikTok, fans have wanted to know about Charli D’Amelio‘s boyfriend, who she’s dating now and what happened with her on-again, off-again boyfriend, Lil Huddy.

Charli started her TikTok in May 2019 after creating dance videos on her friends’ accounts. “I got started with TikTok because all of my friends were using the app and posting on their accounts. I didn’t have an account, so I was just dancing on their phones and I’d be like, ‘Oh, can you send me that? That’s so cool,’” she told Variety in 2020. “Eventually I decided to make my own account because I was having so much fun making all of these dance videos with my friends. I got the app, I started dancing, my videos started getting a little bit more popular on the app and a lot has happened since then. Now I’m here getting to do stuff like this.”

In November 2020, Charli, who reached 1 million followers less than two years prior, became the first TikTok creator to reach 100 million followers. Though she’s received brand deals and sponsorships as a result of her TikTok fame, Charlie told Entertainment Tonight in 2020 about the side effects of the attention. “When you start noticing yourself getting into that place where you’re like ‘Wow, these people are more invested in seeing us fail than they want to actually see us be happy together,” she said at the time. “It can be really detrimental, and you just have to stay true to yourself. It happens with friendships, relationships… everything.”

Charli also told Variety in 2020 about how her friendships have changed due to her social media status. “At first, it was really uncomfortable because when TikTok started, it was kind of like, ‘Oh, you’re on TikTok? That’s weird,’” she said. “So I wouldn’t tell people. Someone would come up to me and maybe ask for a picture and then someone else would be like, ‘Oh, how do they know you? Like, what are you from?’ I was like, ‘Oh, I do social media. I don’t know,’ and I would get super uncomfortable.”

She said, “Then my friends would be like,” Hey, I saw you in my “For You” page. That’s really strange. It took a lot of this until I could be comfortable saying, “Yeah, TikTok.” I started making videos and didn’t care what others thought. I was just having fun creating them. Since then I switched to an online program for one-on-one education. This is great because I have a very busy schedule. This allows me to schedule my schooling around it and can complete them earlier than usual. I have also made a lot of friends in California.

Charli and Chase Hudson, met in November 2019 as members of the Hype House. They confirmed their relationship with Valentine’s Day messages they posted to each other on Instagram in February 2020.

Members of the Sway House, another TikTok group claimed that Lil Huddy had cheated upon Charli in March 2020. Josh Richard, a member of Sway House, claimed that TikToker Nessa Barret was his girlfriend at the time and had received explicit DMs from Lil Huddy. TikToker and Josh also released “Still Softish” at the same time, where they continue to accuse Lil Huddy for talking to other women.

The music video starts with Josh getting texts from Nessa regarding Lil Huddy’s texting. Also, the lyrics include phrases such as “Tryna Fuck My Girl”. Like I couldn’t see” and “this is to tell your fans that you still be fucking girls.” Charli’s world is your world” were the words of Lil Huddy.

In April 2021, Huddy released the music video for his song, “America’s Sweetheart,” which starred Charli as his love interest. Though the two told TMZ at the time that they were “just friends,” rumors swirled that they were back together. In May 2021, Charli and Huddy walked the red carpet together at the iHeart Music Radio Awards, which hinted at their relationship, though neither has confirmed whether they’re back together.

Find everything to know about Hulu’s The D’Amelio Show.

Charli earns money in a variety of ways, including product endorsements, revenue from merchandise sales, YouTube revenue sharing, and sponsored postings. She demands at least $100,000 for a single sponsored post; this number is certain to rise as her channel expands. Charli reportedly made $1 million for appearing in a Sabra Hummus commercial during the Super Bowl in 2020.

She became TikTok’s most followed creator after initially uploading her dance videos on the platform in 2019. As a result of her popularity, she has done numerous sponsorships, launched a podcast, and established a nail polish collection.