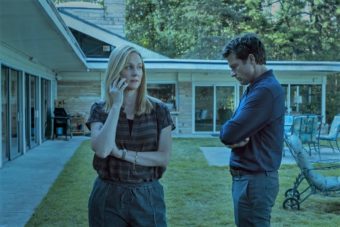 The fourth season of Ozark launched on Netflix on 21 January, and fans spent the weekend binge-watching all seven episodes. The series’ picturesque settings provide a backdrop of intrigue, setting the dramatic tone. Fans want to know where season four was shot, especially where The Byrde house is and whether it’s authentic.

Ozark’s fourth and final season has returned after a lengthy absence of nearly two years. One issue fans have is the fact that it will be released in two parts – thanks, Netflix. Now we have to wait for the last seven episodes to become available for streaming, which is annoying. Is it true that Ozark was filmed in the Missouri Ozarks? Or did they film it someplace else? Let’s look at the filming locations for season four of Ozark.

Where is The Byrde’s family house in Ozark?

The Byrde’s home was all captured in Van Pugh North Park, on the southern tip of Lake Lanier. Adjacent to the property is another renowned Ozark house, where Sam Dermody resides. We’ve all seen Dermody on the show as Wendy’s real estate boss.

Wendy and Marty move to Missouri’s Lake of the Ozarks in Ozark. This 4,000-square-mile reservoir is a genuine location in the northern part of The Ozarks and is located in the area known as The Ozarks. The reservoir, also known as the Redneck Riviera, was created by man. The Midwest region is known as the Ozarks because it features two mountain ranges: the Boston Mountains in Arkansas and Sturgaens Mountains in Missouri.

However, the majority of the Ozark locations are in Georgia, not Missouri. This is due to the state’s tax incentives, which have drawn film makers to shoot there. The actual filming does not take place on the Lake of the Ozarks. In Georgia, much of Ozark’s filming happens at Lake Lanier and Lake Allatoona instead.

The Lake of the Ozarks in the series was inspired by Bill Dubuque’s college job at the Alhonna Resort & Marina. This property was reconstructed in Georgia.