Is Jack Abbott leaving The Young And The Restless for good? 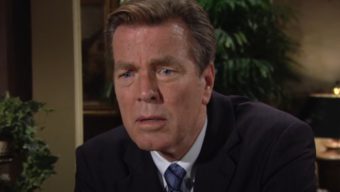 Jack Abbott has not appeared on any episodes of The Young and the Restless in recent months. Fans are concerned that he may be leaving the show for good as a result. So, let’s see where Jack Abbott is and whether he’ll return.

On a last-minute business trip without a goodbye to Phyllis, Jack departed Genoa City before New Year’s Eve. This was a surprise to both fans and Phyllis, who became concerned that their two-decade love affair would come to an end. The ex-lovers of “Phack” rekindled their flame on The Young And The Restless many years ago, and it appears that the current lovers have done so as well. So let’s see if distance can help them fall in love all over again.

Read on to discover whether Jack Abbott has departed The Young And The Restless for good. As we learn what occurred to Peter Bergman to prompt people to believe he had departed the program for good.

Is Jack Abbott leaving for good?

No, Jack Abbott has not permanently departed The Young And The Restless. Jack’s departure is only for a short time, and he will return to Genoa City soon.

In the following episodes, Jack Abbott will be back in action, resuming his job as Jack. Peter Bergman, the actor who portrays Jack Abbott, has already shot his homecoming sequences, so we can anticipate to see him on-screen shortly. He doesn’t intend to leave the soap anytime soon and is having a lot of fun playing Phyllis being back on the scene.

Lauren Baldwin informed Phyllis that Jack had departed without saying goodbye, frightening and perplexing her as to where he had gone and why. She sent him a joyful new year message after which she found out he’d be away for only a few weeks. This assuaged audience members’ fears that he would not return on their screens any time soon.

Phyllis and her ex-husband may possibly rekindle their relationship when he returns to the City. It’s possible, though, that Jack will drop a bombshell when he returns, whether it be for good or ill. Fans are certainly hoping for the pair to reconcile on Valentine’s Day.

What is the meaning of the word ‘dolonia’ according to TikTok?

Why did Jack leave The Young And The Restless?

Jack Abbott actor Peter Bergman revealed in Soaps In Depth that he had to have an emergency eye operation to repair a detached retina.

Due to the lengthy recuperation period following surgery, Bergman will be unable to rejoin the show for at least a few weeks. This is due to the fact that he had to keep his face parallel to the floor for 50 minutes of each hour for seven days of recovery. As a result, going back on set would have been quite difficult!

After being diagnosed with the disease, Bergman was referred to Dr. David Simon at Beth Israel Deaconess Medical Center in Boston, who performed a biopsy on his kidney and confirmed he had the same condition as he did before. The Amanda Sinclair actress advised him on how to get through the operation and recovery process.

Who is Peter Bergman?

In 1953, Michael Peter Bergman was born in Guantanamo Bay Naval Base, Cuba. The 68-year-old is a well-known name in the daytime soap world and has appeared on soaps as Cliff Warner on All My Children (1979–89).

Most people know him best as Jack Abbott from The Young And The Restless, but he’s also known for playing Cliff Warner on All My Children (1979–89). Since 1989, he’s played the part of Jack Abbott.