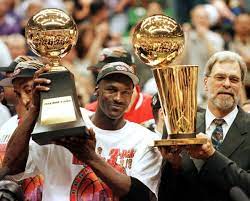 The Milwaukee Bucks have had a roller-coaster season thus far, and they dropped another defeat to the Cleveland Cavaliers on Wednesday. After the game, Giannis Antetokounmpo ate fried chicken wings during his press conference, to the delight of internet users.

The Milwaukee Bucks were beaten by the Cleveland Cavaliers, 115-99, in a stunning defeat. Antetokounmpo scored 26 points on 7-of-13 shooting but it wasn’t enough to win the game.

Clearly, Giannis’ hunting efforts made him rather hungry; during a post-game press conference, he began eating fried chicken wings before reporters.

To be fair, Giannis’ decision to demolish a bucket of wings wasn’t all that shocking. According to former NBA star JJ Redick, the “best post-game wings in the league are in Cleveland,” as he explained on Twitter ( please note the famed LeBron James reference).

Giannis and fried chicken is a tale as old as time

In the last few seasons, Giannis has established himself as one of the NBA’s practical jokers, an incredible accomplishment given that he’s the current Finals MVP.

After leading the Bucks to the title last season, he famously ordered 50 chicken nuggets at Chick fil-A before uploading the video to Instagram. Why 50? Because that’s how many points he dropped on the night before.

Coming up next for Milwaukee

Despite the loss, it’s nice to see Giannis in a good mood. Despite their poor performance this season, the Bucks are fifth in the East with a 30-20 record.

The Mavericks’ next three games will be against the Knicks, Nuggets, and Wizards at home before traveling across the country to face the Clippers.