What time is Murderville coming to Netflix? 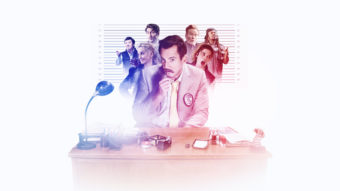 Although Netflix has a new whodunit series, it’s got a difference. The Will Arnett-led Murderville will feature the actor as a homicide detective named Terry Seattle. Netflix’s Murderville is inspired by the BBC3 series Murder in Successville. This scripted program has a cast of characters who are written into the narrative, and each episode features special guests. The difference? Each special guest must improvise his or her way through the episode as they collaborate with Seattle to solve the most recent death. It is up to them to figure out who killed it.

One of the special features is the improvisational crime comedy starring Arnett’s Terry Seattle, an oddball homicide detective who feeds lines to unscripted characters. The series is being described as Law & Order meets Whose Line Is It Anyway? It sounds like a fantastic mix!

On Thursday, Feb. 3, at 12:01 a.m. PT and 3:01 a.m ET, Netflix will release Murderville , the latest addition to its horror collection. The series has six episodes in all.

Netflix ‘Shadow and Bone’ Season 2: Release Date, Cast & What We Know So Far

The Comedy of Errors is a new take on a whodunit series, and with the casting for this series, it’ll undoubtedly be a hilarious adventure. The official trailer offers an indication of what to anticipate from this program, and the special guests appear to have some difficulties keeping their roles.

Arnett previously collaborated with Netflix on BoJack Horseman, Flaked, and Arrested Development: Season 4. His Sony-based Electric Ave. acquired the rights to the original series, which resulted in the creation of Murderville. This appears to be a worthwhile concept, and it will be worth watching. On February 3, watch Netflix’s Murderville.