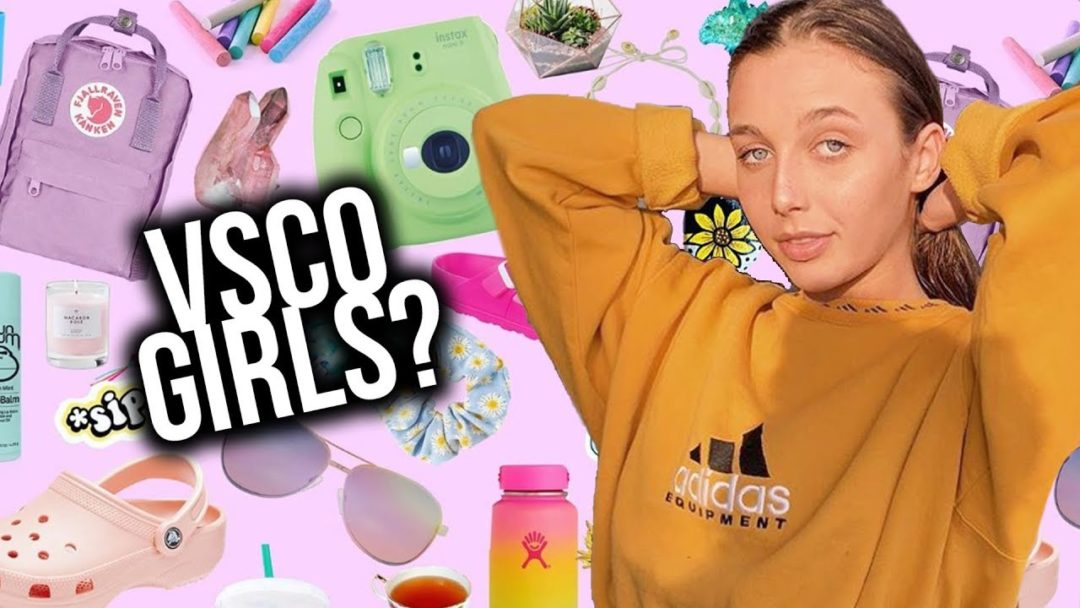 VSCO girl or VSCO kids are a youth subculture. VSCO-girl-inspired content that has proliferated on the internet in 2019. Moreover, the word VSCO named after photography app, VSCO girls “dress and act in a way that is nearly indistinguishable from one another”, using oversized T-shirts, scrunchies, Hydro Flasks, Crocs, Pura Vida bracelets, instant cameras, Carmex, friendship bracelets, Birkenstocks, shell necklaces, and other beach-related fashion. Environmentalism, especially topics relating to sea turtle conservation, is also regarded as part of VSCO culture. Tune in article and explore more about What is VSCO girl and The VSCO girl Meme, Word, Origin, Definition, Trend, Explained.

What is VSCO girl fashion trend? In this, girls often wear oversized T-shirts, sometimes long enough to cover their shorts. Though VSCO girls are primarily associated with wearing shorts, such as Nike track shorts, some also wear “mom jeans” and include them as part of their style. Black and white checkered slip-on Vans are also popular. In fact, VSCO girls use instant cameras and Fjällräven backpacks.

VSCO subculture emerged on and was named after the photo editing app, and spread to TikTok as well as Instagram and YouTube. Many parodies of VSCO girls, often by the subculture itself, exist. In August 2019, The New York Times found “more than 422.4 million videos tagged #vscogirl on TikTok, most of them parodies”. In addition, Elle credits YouTuber Emma Chamberlain with popularizing the VSCO girl aesthetic. All of the aforementioned pieces were published between late July and early September, a time wherein VSCO girls were a primary target of the internet culture industry.

Why is VSCO girl word or term is so trendy these days? VSCO girl word is not only deals with fashion, accessories, brands, makeup or hair, but it also focuses on environmental concerns. While products like Birkenstocks, metal straws, and Hydro Flasks are associated with environmentalism, some view VSCO girls as only caring about the environment when convenient, pointing to the popularity of the disposable cameras that inspired the popular filters on VSCO. The phenomenon of the VSCO girl, while certainly referencing an actual, common style of dress, is far more interesting as a case study in how an entire subculture becomes a viral meme than it is about VSCO girls themselves.

What does feel novel is the feverishness of VSCO-girl-inspired content that has proliferated on the internet in 2019: You can read about what they are everywhere from the Charlotte Sun Herald to NBC News. You can hear teens explain VSCO girls themselves in Slate. You can find out how to transform yourself into a VSCO girl on Seventeen and Elle, and how much all of that costs in Fox Business. You can get really thinky about what it means to be a VSCO girl on the Cut and who the VSCO-girl meme excludes on BuzzFeed.