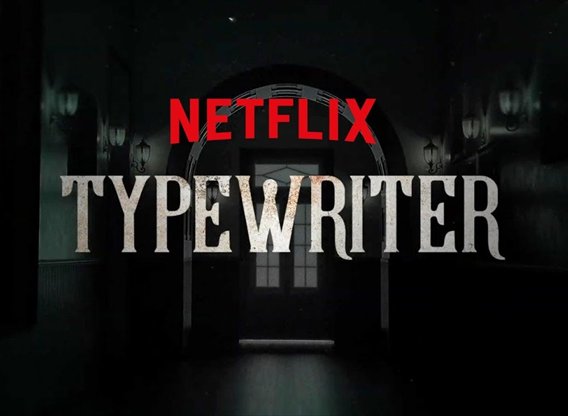 Synopsis: This mini five episodes series focuses on a story about gang of kids who are in search of ghosts as they have read in the book written by one of their grandfather when one of the family travel down to haunted house. Not alone book, this house is filled with mystery as it is haunted.

The horror angle is very well amalgamated in the proceeding of the story as it gives you scare jump along with suspense lingering continuously. Palomi Ghosh, Purab Kohli, Jisshu Sengupta and especially all kids with rest of all the cast have done their part well with perfection. This series has everything you can ask for and with tinge of innocence of kids it adds to the overall experience for the viewers.

It has so many elements and as director and writer, Sujoy Ghosh is brilliant with his film making skills along with Suresh Nair as cowriter, the team is able to captivate audience. Let just say it is one of a series which shouldn’t be missed at any cost barring the climax which is quite a cliche but the overall impact is so high that you can easily forget that.

The story follows a group of school children Sameera (Sharma), Satyajit (Gandhi), and Devraj (Kamble), who live in Bardez, Goa. The inquisitive friends form a ghost club and decide to seek a ghost at an old haunted villa in their neighborhood as their first mission. Their curiosity stems from an old story involving an old man who died writing a novel called The Ghost of Sultanpore. However, before the children are able to discover a ghost, a new family moves in and the legend of the villa resurfaces in frightening mode. The story revolves around the mystery behind the titular typewriter, which seems to harbor a grudge against those who try to remove it from the house. It is further complicated by the narrative of past occupants, with the story jumping between decades. Sudden deaths, past of Sultanpore and unnatural powers are also storylines of the webseries.

The story was kind of like an Indian version of Strangers Things but not in terms of the story. In terms of an overview which includes kids’ role and their parents’ role where each side knows a small part of the story and the audience gets to know the full story in parts gradually and a lot of others. The acting of the casts could have been better because the feeling in the whole series was lacking but the overall storyline was new, different and quite interesting but also mostly predictable. Poor sound effects. There were also some loopholes like the affair part, the elder daughter’s role, and many things didn’t even make sense between the scenes though you can certainly expect it from an Indian series. You might think it boring in the first episode but you will definitely enjoy it from the third episode and after half the second episode.

First episode gets you to like as if slowly sets the base and gets you interested in some characters, especially the kids in the show have acted much better than some adult actors. As usual end of each episode wants to go watch next episode. Second episode and third are much similar as slowly the story revolves around the ghost and gives her few scary moments. Slowly the series starts turning into a mystery and it gets exciting rather than horror. Fourth and fifth episode are like end of season episodes in which all the mystery is unfolded and most of the mystery is very predictable for a first time watcher as well. Last episode gets all the excitement but gives it nothing great.

Few characters like Dr spirit and husband of jenny were just placement or useless. Few of the best character are sam, bunty and one more kid. At the end it turns out to be just another kids bed time horror story. Don’t expect a lot. It was a good thriller, not so good horror but worthy of a 1-time watch. The kids were overhyped to be so intelligent as their actions didn’t seem to reflect it. The ending definitely suggests a season 2.

Sam wakes up from a dream where she is reading the novel written by Madhav Mathews. The place is Sultanpoor and the year is 1950. Charu is shown to have paranormal powers and she helps in euthanasing an ailing old man and explaining to her young son about her paranormal powers. While reading the book, Sam is attacked by the ghost that looks like Jenny who rips her heart out. It’s a thriller more than a horror, binge watchable. But the build up for such an incomplete ending is not worthy. I’d say someone who likes to make more sense of storylines, wait for season two and binge watch both season 1 and 2 together. You will enjoy it better. Hoping season 2 isn’t far, audiences last only so long!

In the Trailer, Typewriter shines the brightest when it comes to showcasing likable characters and a gripping story line which is exhilarating from start to finish. But few ordinary, less-impactful moments and the lackluster sound design damage an otherwise entertaining, binge-worthy series.