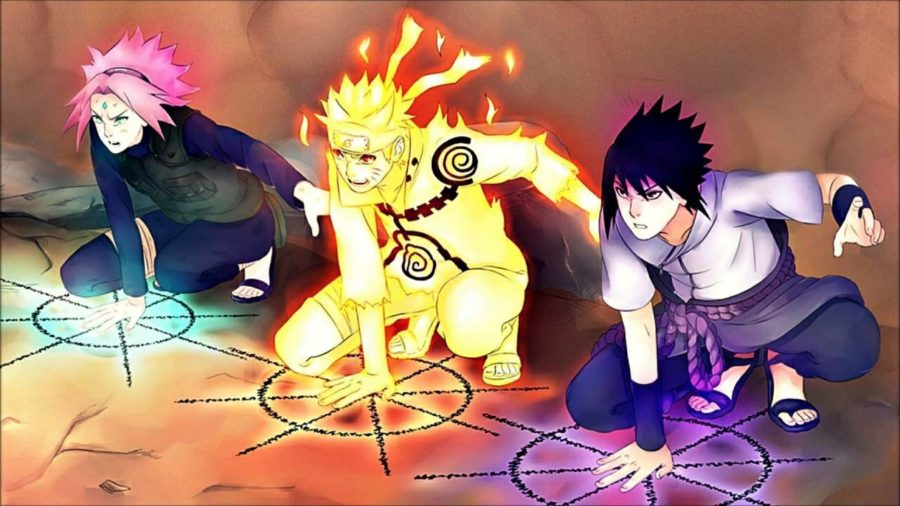 The character “Naruto” became my ultimate hero. He has his own sufferings but it never made him chose the wrong path, his determination to achieve his goal and to shut everyone who questions his ability and the confidence with he used to speak of his dreams and its fulfillment (One of the lines that he said “I am not gonna die until I become homage”.

Moreover, the show based on the Japanese manga series telling the story of Naruto Uzumaki, the anime series broadcast 220 episodes in Japan. An English adaptation of the series aired on Cartoon Network from 2002 to 2007. A sequel to the original series premiered in Japan in 2007.

Naruto Shippuden is by far my most favorite Anime Series. It is an intense film with lot of twists ,drama ,action ,comedy and brain twisting and can change anyone’s path intensively ,motivational for anyone who watches it and will try to make a better change in this world and in themselves. Even though it has a lot of fillers, I would say it was too good thanks to the protagonist Naruto Uzumaki who has become a hero for many. Just like how Zabuza told in one of the initial episodes ”Narutos words are sharper than any blade”. His words about his everlasting dream of becoming the best has somehow impacted me. The portrayal of each and every character has been spectacular. Be it the action scenes or be it Naruto interaction with his friends everything has been dealt with nicely. Just to see Naruto become a person who was hated by his villagers to him becoming a Shinobi respected throughout the world is extremely motivating. One thing that is interesting and catchy about the show is the innocence that Naruto has been carrying ever since he was a child has never changed. And the only thing I hated about the show was This Ova titled ”The Day Naruto becomes Hokage”, which literally ruined the exact ambition. Naruto had been working for ever since the first episode. But finally it gives a lesson that, “the talent cannot beat Handwork and that we can achieve anything if we are determined to do so.”

After two and a half years of intensive training to channel the raging fox spirit inside him, he’s become much stronger. Will his new powers be enough to protect everyone from the fierce and mysterious Akatsuki organisation?