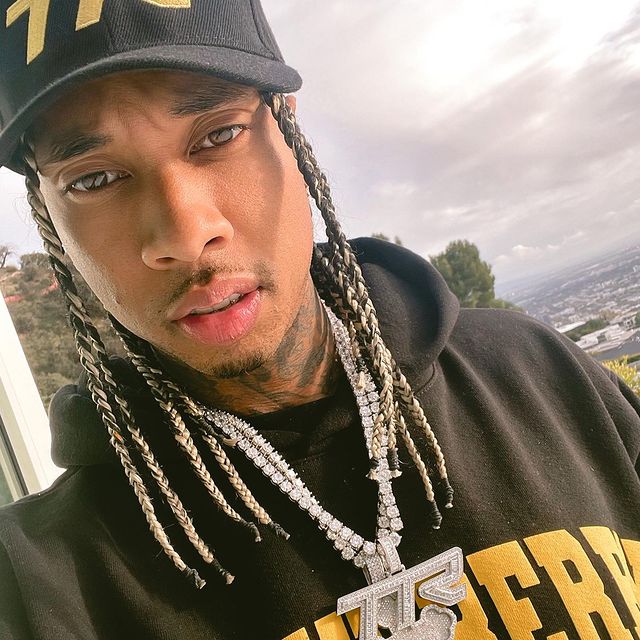 Tyga is an American rapper, singer, songwriter, actor, and television personality. He catches public eyes after he released his major label debut album Careless World: Rise of the Last King in 2012. Tune in bio and explore more about Tyga’s Wikipedia, Bio, Age, Height, Weight, Dating, Girlfriend, Wife, Net Worth, Family, Career and many more Facts about him!

How tall is Tyga? He is a tall and handsome guy. Currently, Tyga height is estimated to be 6 feet 2 inches. Also, he has maintained a muscular body with average body weight of 77 Kg. He has black eyes and his hair color is black as well.

How old is Tyga? His birthday falls on November 19, 1989. He is 31-yrs old. He was born in Compton, CA. He holds American nationality and belongs to mixed ethnicity. His real name is Michael Ray Nguyen-Stevenson. His mother was born in Vietnam and has the maiden name Nguyen. grew up listening to Fabolous, Lil Wayne, Cam’ron and Eminem among many others.

Who is Tyga dating? He was in an on and off relationship with reality star Kylie Jenner from 2014 to 2017. Photos of him and Jenner first seen holding hands in Mexico went viral a few days after her 18th birthday. The couple split in April 2017. As per his previous dating history, he dated Blac Chyna, whom Tyga met on October 5, 2011, at The F.A.M.E Tour After Party with Chris Brown at King of Diamonds in Miami.

Blac Chyna became Tyga’s leading lady in his “Rack City” music video. They became an official couple on November 9, 2011 and posed for the cover of Urban Ink magazine in March 2012. On October 16, 2012, their son King Cairo Stevenson was born; and Tyga purchased a $6.5 million mansion in Calabasas, California for his new family. Both parents sport tattoos of their son’s name. In December 2012, Blac Chyna confirmed that she and Tyga were engaged. The couple split in 2014.

How much is the net worth of Tyga? As of 2021, the rapper Tyga net worth is estimated to be $5 million. He has signed recording contracts with Young Money Entertainment, Cash Money Records and Republic Records. He released ‘Careless World: Rise of the Last King’ in 2012 which peaked at number #4 on the US Billboard.

Tyga career began with him releasing a multitude of demo tapes and mixtapes. His stage name stands for Thank You God Always. His hit song “Rack City” climbed all the way up to #7 on the Billboard top 100 in 2011.

Here are some of the best highlights of Tyga’s career: