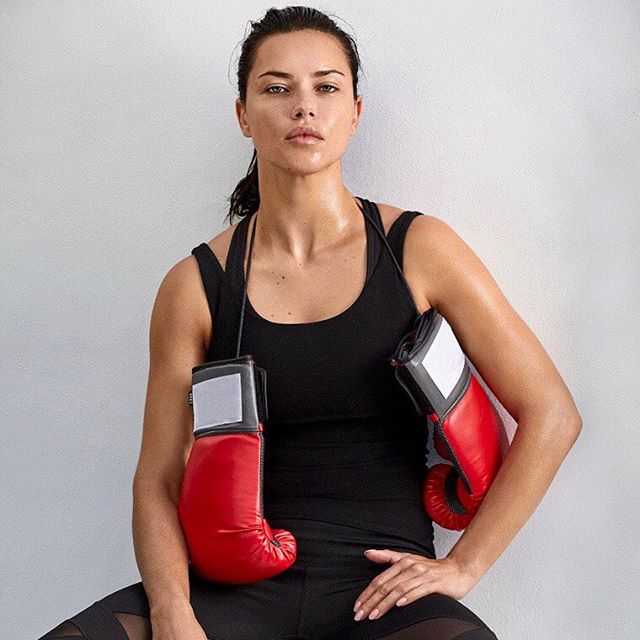 She is a quote Lover!

She is a quote lover and use to regularly posts quote as a caption on her instagram posts.

Once, Andrima did a lot for her modelling career!

In a 2011, prior to the Victoria’s Secret Fashion Show, for nine days before the show she drinks only protein shakes, and no liquids at all for the last 12 hours.

“I know it’s very intense but … I just have an athlete’s mind and I appreciate doing this thing,” she said. “It’s not that I do crazy diets throughout the year. I just do it for this particular thing. After this show, I become normal again.”

Green is her Favourite Color!

Green is her one of the most favourite color. She believes green, the color of life, renewal, nature, and energy, is associated with meanings of growth, harmony, freshness, safety, fertility, and environment.

DID ANYONE SAY ICONIC ?

She didn’t believe in true love except the love she gets from her family!

The only true love that I believe is the family…. the rest is history

Once, her diet became one of the top five most searched diets on the web.

In 2012, The Adriana Lima diet became one of the top five most searched diets on the web.

she said. “It’s not that I do crazy diets throughout the year. I just do it for this particular thing. After this show, I become normal again.”

Sex is for after marriage : Andrina

This sound quite conservative. But this is true indeed! She has been a very vocal about her perspective on sex before marriage. So, she claimed she waited until she was married, at the age of 27, before she lost her virginity to her now ex-husband, Marko Jaric. Even Lenny Kravitz, whom she dated, said after their break-up, without mentioning her name specifically, that he hadn’t had sex in three years.

“Sex is for after marriage.” she added: “I don’t care. … Adriana married Marko Jarić in 2009 and the pair have two children, but they divorced in 2016.

Lima is a devout Roman Catholic who attends Mass every Sunday!

Lima is known to bring a Bible with her backstage before she goes onstage. She has also stated that, before she became a Victoria’s Secret Angel, she had wanted to become a nun. Regarding her spirituality

“The church is in me — I always connect. If you’re connected with the divine and always have pure intentions with everything you’re doing, you’re protected by the angels. I’m very spiritual. I believe in nature, I believe in energy, I believe in spirits.”

She is a fitness freak!

Lima was chosen to be a part of People magazine’s 100 most beautiful people in the world list, sharing that space with the Angels, with whom she also received a star on the Hollywood “Walk of Fame” prior to the 2007 Victoria’s Secret Fashion Show. That same year, she ranked 7th on FHMs “100 Sexiest Women 2007” list.

“Success is walking from failure to failure with no loss of enthusiasm.”

She is a kind hearted lady and done a lot of charitable work. Lima does charitable work helping with an orphanage, “Caminhos da Luz” which is located in Salvador. She helps with construction to expand the orphanage and buys clothes for poor children in Salvador, Bahia.

Andrina, the only celebrity to ever star in two Super Bowl commercials in one game!

In 2008, Lima’s solo Victoria’s Secret’s Super Bowl XLII ad was the single most-seen ad of the game, watched by 103.7 million viewers. She became the only celebrity to ever star in two Super Bowl commercials in one game.Forbes named her Teleflora commercial as one of the best during Super Bowl XLVI.