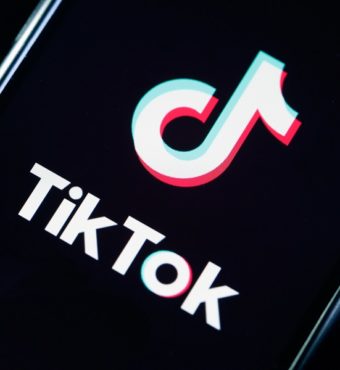 The “Sign Me Cuff” video challenge is live on TikTok at the moment. If you’ve never heard of it, keep an eye out.

TikTok is one of the most popular social networking sites in recent years, with a large number of users. TikTok has made an excellent job of keeping people addicted by being the funny meme for your work colleague or a game requiring bottles and mugs.

Challenge films and memes are two of the features of enjoyment on TikTok. People on TikTok take their imaginations to new heights, inventing a word or phrase that only a few social media users now understand. It’s known as a “slang,” and people seem to like it, especially on TikTok.

Everyone loves challenges, and they’re a win-win if the challenge is intriguing. As a result, challenges and filters go viral quickly on TikTok since many individuals are unwilling to miss out on the opportunity to create their own videos. When an app has features and upgrades like TikTok, it becomes more difficult to maintain oneself.

The latest TikTok challenge has now appeared. It’s called the “Sign Me Cuff” challenge, and most people are unfamiliar with what it means. Not for long, though. Here is what it implies and how the meme grew on TikTok.

If you’re a TikTok fan, you’ve probably been wondering what people are saying about the “Sign Me Cuff” challenge. We’ll show you the significance behind the jargon and where to utilize it. The phrase “Sign Me Cuff” which is also famous as “Sign Name Cuff” does imply a sexual activity, one more reason to go viral on social media. It is also spelled as “Sigh Name Cuff” and is taking a toll on many videos on TikTok.

However, the phrase doesn’t have an individual meaning. But the tricky part of it is when the name is pronounced backward it becomes something else. When “Sign Me Cuff” is said backward it becomes “F* mine A.” You can see why the phase is currently trending on social media.

The most recent social media fad, Sign Me Cuff began as a Snapchat meme. Trends on Snapchat have proven to be quite viral; for example, recording your video and playing it backward. However, one TikTok user recently uploaded it to the platform, and it has taken off fast.

If you want to do it on your own, go to Snapchat and make a video stating “Sign Me Cuff.” After that, add the reverse filter to the video. Not sure if you’ll be proud of it but it’s entertaining nonetheless. Making your friends say it and film their reactions when they see the video is the greatest thing about it. Now that’s entertainment in its finest form.

What is the TikTok magnet trend?

What does Sign Me Cuff mean on Urban Dictionary?

The most reliable source for social media jargon and memes is Urban Dictionary. If said precisely, it gives logical meaning to the phrase “Sign me cuff” or “Sigh me cuff.”

As per the Urban Dictionary, it is a slang used by a minor who can’t talk about the dirty stuff. Urban Dictionary describes it as “Something 11-year-olds tell their friends to say so they can reverse it and put it on TikTok to inform others that they know what sex is.”

The videos are enjoyable to watch. They may be seen on TikTok and YouTube.