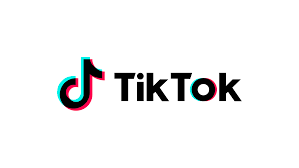 TikTok is now using a new slang term. What does “Ara Ara” mean? Let’s find the answer. “Ara Ara” is the latest term you can add to your TikTok vocabulary. But what does it actually mean? Here’s the full definition. Moreover, each passing day, a new slang appears on TikTok, and it’s every time really difficult to work out what it means.

It comes from Japanese anime : The term ‘Ara Ara” has several definitions. This expression is used by women to express surprise or amusement. Sometimes it’s used in response to men. This phrase is often used in a flirtatious and seductive manner.

This phrase is often used in Japanese anime films, where it is frequently said by female characters. The phrase is often used by manga women to make themselves seem cute or submissive. It’s also used as a flirting tactic. Ara Ara is always said with a gentle tone and whisper. The hashtag #AraAra has had a huge 245 million views on TikTok.