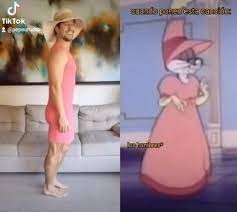 Have you ever been enthralled by the sound of a certain song? That’s the case with Con Flores’ song on TikTok, in which he sings.

TikTok may be highly addicting, but it’s still possible to break the cycle of addiction. TikTokers are constantly developing new trends and problems on the social media platform, making some of them quite renowned. Users on TikTok are interested in learning more about a recent viral song called ‘Con Flores.’

What is the ‘Con Flores’ Trend on TikTok

There are no particular routines or regulations in the dance challenge. People put on a casual outfit or a stylish costume and dance to the song’s beat.

The song is very catchy, and individuals begin dancing in their own style after hearing it.

While the song is in Spanish, some people do not comprehend its meaning, yet many individuals are simply having fun making films utilizing it.

What is the name of the song?

‘Nuestra Canción’ is the title of Monsieur Periné and Vicente García’s debut single.

It debuted in April, 2016, and it has taken five years for the song to go viral among TikTok users.

Monsieur Periné is a Bogoa-based group that mixes Latin and European music in their performances.

The lead singer of the group is Catalina García, who sings in Spanish, French, English, and Portuguese.

You can listen to the original song from the TikTok trend down below.

In Spanish, the phrase with “Con Flores” is intriguing to many TikTok users. The poem goes as follows:

This translates to (via Lyrics Translate):

You took my sadness away with colors

You drew the nobility of the hand

By your side, our illusion grew.