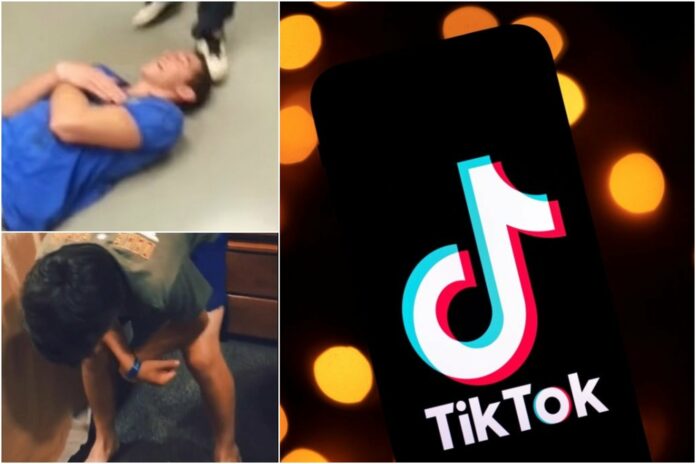 A new TikTok challenge has prompted schools all over the country to take additional precautions. It’s unclear where the TikTok school threat originated, but it urges that several school shootings will happen on December 17th. According to authorities in Maryland, a 13-year-old boy has confessed to creating a phony social media account in order to make threats against a Frederick County school as part of the TikTok challenge. According to authorities, the teenager claimed he created the account as a “joke” to make threats against Ballenger Creek Middle School, and denied having any plans to shoot anyone.

If they notice any videos connected to the hazardous craze Archie Battersbee was allegedly taking part in before his mother discovered him unresponsive at home, people are urged to report it to TikTok. The 12-year-old kid from Southend, Essex, England, died on Saturday, August 6, 2022 after his parents lost a court case to keep his life support switched on. TikTok ‘Blackout Challenge’ Meaning Explored.

If you come across anything related to the blackout challenge on TikTok or any other platform, you should report the content immediately. The hazardous game ‘dares’ individuals to endure without breathing until they pass out as a result of lack of oxygen.

The Archie’s mother said that her son was practicing the trend before she found him unconscious at their house in April, according to The Independent. On Saturday, following a life-saving therapy regimen, Archie died after sustaining severe brain injuries.

All About Blackout Challenge

Following the death of her ten-year-old daughter, a mother from Pennsylvania advised parents to report the issue. Tawainna Anderson’s daughter Nyla, who was discovered dead in her bedroom in December 2021 after allegedly attempting to participate in the game, was reported by ABC 7 News at the time. “Check your children’s phones,” said the mother.

TikTok condemned the blackout challenge and pledged to collaborate with “relevant authorities” in their investigation. A TikTok spokesperson said at the time: “Our heartfelt sympathies are with the girl’s family and friends. We do not allow content that encourages, promotes, or glorifies dangerous behavior that may result in bodily harm, and our teams work hard to identify and remove illegal material.”

“While we have not currently found evidence of content on our platform that might have encouraged such an incident off-platform, we will continue to monitor closely as part of our continuous commitment to keep our community safe.”