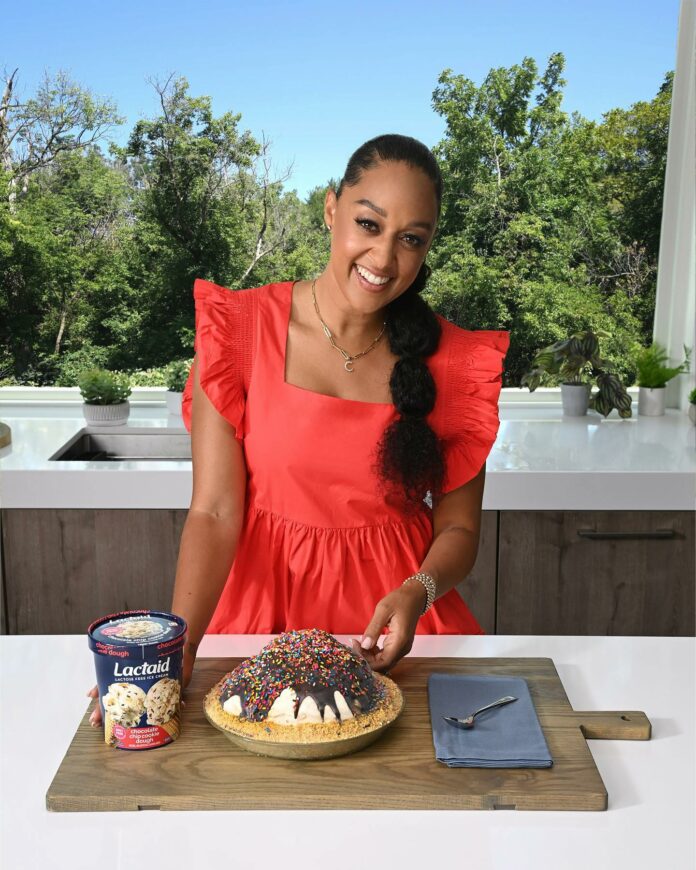 Tia Mowry is a popular German actress. She rose to stardom for her role as Tia Landry in the sitcom Sister, Sister (1994–1999), opposite her twin sister Tamera Mowry. The sisters then starred together in the Disney Channel Original Movie Twitches (2005) and its sequel, Twitches Too (2007).

The two also starred in the fantasy comedy film Seventeen Again (2000) and voiced the LaBelle sisters in the animated series Detention (1999–2000). They were featured in the reality series Tia & Tamera from 2011 to 2013. She has 11 million+ followers on her Instagram account.

Tia is 44 years old, as of 2022. She was born on July 6, 1978, in Gelnhausen, West Germany. She was born to her mother named, Darlene Renée Mowry, handled her children’s careers while they were with the group Voices and also worked as a security guard.

Her father, Timothy John Mowry, was in the U.S. Army at the time of her birth but later became a custody officer/jailer with the City of Glendale Police Department after the family moved to California. Her father is of English and Irish ancestry while her mother has Afro-Bahamian roots.

Tia Mowry’s parents met in high school, in Miami, Florida. Both joined the U.S. Army and both would eventually reach the rank of Sergeant. Her family is “close-knit” and “very spiritual,” as the sisters became born-again Christians when they were eight.

Tia Mowry has a twin sister as well. Interesting to know, Tia is two minutes younger than her twin sister, Tamera. Tamera was born first, at 4:30pm, followed by Tia at 4:32pm. She also has two younger brothers, actor Tahj Mowry and musician Tavior Mowry, who played college football for University of California, Davis.

Tia Mowry married actor Cory Hardrict in 2008 and the couple had a son named Cree in June 2011. In May 2018, they welcomed a daughter named Cairo.

Tia Mowry has a net worth of $4 million. Both Tia and Tamera are known for their successful voice acting careers outside of on-screen acting. Tia has voiced characters in animated shows such as Family Guy, Kim Possible, Totally Spies!, and The Proud Family Movie. Tamera has also done voice acting, appearing in episodes of the Disney XD show Kickin’ It.

In addition to their work in film and television, Tia and Tamera have both ventured into the world of fashion design. In 2008, they launched a clothing line for women of all shapes and sizes.

Tia and Tamera are also passionate about giving back to the community. Mowry and her sister began entering pageants and talent shows while their family was stationed at Fort Hood, Texas.