Thomas Rhett’s summer tour in 2022: How can I buy tickets? 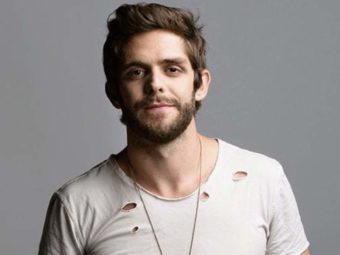 Thomas Rhett will be going on tour on June 17, 2022. The Bring the Bar to You Tour, a 30-city tour that will run from June through mid-October, will include Parker McCollum and Conner Smith as opening acts.

The comeback of music festivals and concerts is due in part to COVID-19 vaccinations becoming more common.

Thomas Rhett, a country music star, has announced a tour in 2022. It will start on June 17 and conclude on October 15, according to the artist.

How can I buy tickets?

Rhett will travel across the United States on his Bring the Bar to You Tour, which is named after a song from his forthcoming sixth album. It will run from Virginia Beach to Seattle and back, beginning June 17 at the Bank of NH Pavilion in Gilford, New Hampshire.

The Rock on the Run tour will visit Morrison, Colorado’s Red Rocks, Tulsa’s BOK Center, and Mountain View’s Shoreline Amphitheatre among other locations. On Friday, January 28, 2022, tickets will go on sale to the public at 10am local time and can be purchased online via Rhett’s website.

Who are openers Parker McCollum and Conner Smith?

Parker McCollum is a Texas-based Americana and country musician. In 2013, he debuted with the release of his first song and EP, which expanded into a full-length debut album in February 2015. While residing in Austin, McCollum performed as a singer-songwriter and embarked on his first tour with Texas band Six Market Blvd. His debut single, Highway, was published on June 5, 2013, and later included on his first EP A Red Town View.

Conner Smith is a young country music enthusiast from Nashville who was initially intrigued by the genre. His mother, a local reporter who frequently interviewed musicians and composers, sparked his interest in songwriting after hearing the backstory of popular hits.

At the age of six, Smith wrote his first song, and he was signed to BMI as a songwriter when he was nine. He refined his songwriting skills throughout high school; Ashley Gorley and Zach Crowell were amongst those who assisted him. Rhett will be joined by McCollum and Smith on tour during Bring the Bar to You.

What are the tour dates?

The Bring the Bar to You Tour will be kicking off in the summer. Check out the full list of dates and cities below: