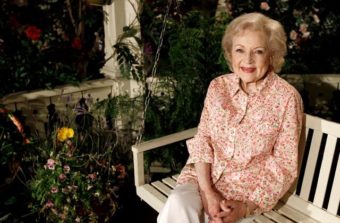 Late actress Betty White is trending online for a cause that was very near and dear to her heart. The Betty White Challenge encourages people to donate to animal shelters in her name.

The Betty White Challenge is sweeping the globe, with fans paying homage to the late actress through a modest act of generosity.

People are honoring the life of devoted animal lover Betty White by giving $5 to local animal shelters and rescues in her name on what would have been her 100th birthday. If you’re wondering, “How can I contribute to a local animal shelter?” we’ve got you covered.

What Is Betty White Challenge?

Fans are being urged to give $5 in Betty White’s name to local animal shelters and rescues to commemorate what would have been Betty White’s 100th birthday.

The #BettyWhiteChallenge hashtag is a fitting tribute to the late actress, who was a huge animal lover. In fact, White stated in People that her life is half animals and half show-business, which she loves most. You can’t ask for much more than that.”

How Can I Find An Animal Shelter Near Me?

You must first select a charity to contribute to in order to take part in the Betty White Challenge.

You may donate to larger, nationwide animal welfare organizations like the ASPCA and American Humane, but you can also search locally.

You can make a donation to the shelter by going to its website and looking for a ‘donations’ page. You may also contact the charity by email or phone to find out how to donate if you can’t discover anything on the internet.

How Is The Challenge Helping Animal Shelters?

The Betty White Challenge is providing a much-needed boost to numerous animal shelters and rescues. In comments to Fox, Lindsay Hamrick, of the Humane Society of the United States, stated that “if there was ever a moment to support them, it’s now.”

“I’m hoping that this challenge encourages people who have never been in touch with their local animal shelter to get involved.”

“These are trying times for the thousands of outstanding local animal shelters and rescue organizations across the United States,” says Kitty Block, president and CEO of the Humane Society of the United States.

“There could be no better tribute to Betty White than to support them directly with donations, volunteer time, or other commitment.”

Who is Jon Lester’s wife Farrah? Baseball star hangs up mitt after 16 years