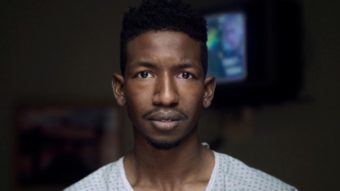 With its dark twists and turns, Netflix’s Archive 81 has become a surprise success. Many fans, on the other hand, are curious about what Kharonite is from Archive 81. We take a closer look at this unusual material and decode its significance in the narrative.

New Netflix show Archive 81 is a big hit with viewers

Dan, the protagonist of Archive 81, is an archivist who investigates a sinister cult by viewing vintage tapes. Dan is hired by a mysterious industrialist to restore these films, but he becomes enthralled with Melody Pendras, a grad student.

The narrative incorporates two different timeframes, and an otherworldly character, Kaelego, who haunts the edges of every frame.

James Wan, celebrated horror director and producer of the show, is a vocal supporter. Fans can’t get enough of the show’s constant surprises and turns that leave you on edge of your seat.

What is Kharonite from Archive 81?

In season 1 of Archive 81, the substance Kharonite appears frequently. The picture on which they’re gossiping is a vintage photograph with a pendant made of the stone.

There’s also a god named Kaelego in the series. He is both a god and a demon, and he has tremendous power.

We see a sculpture of Kaelego in the show, which is also fashioned from Kharonite. The Kharonite is a gemstone that formed from a comet called Kharon, which smashed into the planet millions of years ago. In Greek mythology, Charon is the name of Hades’ ferryman who takes dead souls across the Styx.

This comet returns to earth’s vicinity every 70 years, and it was thought that this appearance signaled a unification of the planet with other dimensions.

Kaelego was able to enter our world and attempt to build the universe in his own image because of this. He spread across our planet in the shape of a psychedelic fungus. However, during the 14th century, he was trapped in this sculpture by the Baldung Coven of witches.

Kaelego is not a real gemstone or rock, and there is no Comet Kharon that circles the earth. This at least indicates that Kaelego isn’t in our reality!

Fans go crazy for the series’ constant twists and turns

On Netflix, Archive 81 has become a surprise hit. Many viewers have taken to social media to express their feelings about this stressful and action-packed series. We’re excited to see what else the series has in store for us if it gets another season!