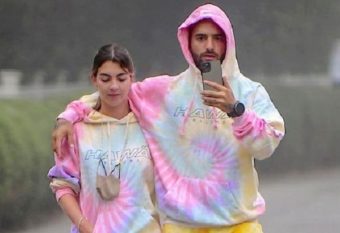 Maluma’s love life has been making headlines lately. But who is Susana Gomez, the lady rumoured to be his girlfriend?

In the last few months, Susana has been seen with Colombian singer Alvaro. There are a lot of photographs of them online. On Christmas this year, the 27-year-old went on Instagram and posted a blurry yet adorable picture with his new love.

Who is Susana Gomez?

Despite the fact that Maluma has yet to confirm whether or not he’s dating Susana Gomez, speculation abounds.

In 2021, it’s claimed that Maluma is dating Susana, an architect from his hometown.

Susana is from the same area of Medellín as the singer, according to reports. She runs a design firm called Ese+Ese, which translates to “that plus that.”

When it comes to architecture, Susana prefers “light hues, natural textiles and blonde hardwoods,” according to her website. Susana’s apparent personal handle is private, despite the fact that there are numerous fan accounts on Instagram.

Who Is Preston J. Cook, Julia Stiles Husband? Know Everything About Him

On Christmas 2021, Maluma posted a loving photo to his Instagram account. The singer is seen kissing a woman passionately under the Christmas tree in the fuzzy picture. Many people believe it’s Susana in this shot.

The El Perdedor singer, on the other hand, did not include Susana in the post. It’s still unclear if the woman in the photo is Susana; however, some supporters are certain.

Who Has The Singer Dated In Past?

Melumi went through a messy split with ex-girlfriend Natalia Barulich in 2020.

When asked if she’s ready to settle down, the singer declared, “Right now, I’m single, and I don’t feel like I want to have a relationship in my life… Right now, I’m putting all of my energy into my career.” Natalia went on to date football star Neymar Jr.