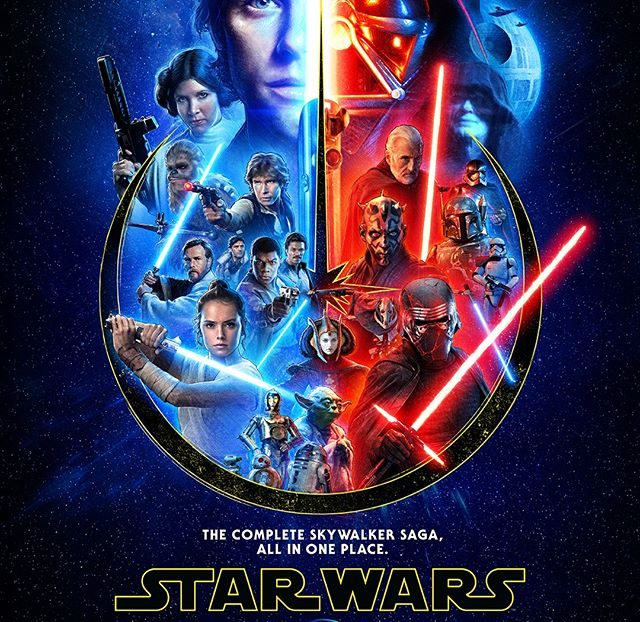 It’s not easy being a fan of Star Wars, as the past year has proven following the release of The Last Jedi. The fanbase has become an insufferable cesspool of toxicity due to the choices that writer/director Rian Johnson has made with this movie. Arrogant, know-it-all, and just plain hateful people claiming to be “fans” have taken issue with just about every tiny detail in The Last Jedi, resorting to bullying the cast and crew because of it. You’re entitled to think the movie wasn’t good; however, it does not justify harassment and using your “love” for Star Wars as an excuse.

One complaint that people have is that this movie has several “plot holes.” Here’s the thing: a plot hole is a gap in the plot that can’t be easily explained with even a little bit of thought. The ones that people claim are in this movie are not “plot holes.” I have to chuckle when I hop on YouTube to see what people are saying only to find them piling on a bandwagon claiming that Revenge of the Fallen and Batman & Robin were better written. In a two-and-a-half-hour movie, the filmmakers don’t have time to stop and explain every minute detail for the few people in the audience who have trouble following along; it would only slow the pace to a crawl. It’s not the writers’ job to spoon-feed information just because the audience lacks the imagination required to think for longer than five seconds. It’s not rocket science, people; use your head, it’s not that difficult.

I won’t rehash the things I said about the complaints of an “SJW/feminist agenda” in my review for Rogue One, but I will say this: maybe the real people with an agenda are the ones who are accusing the filmmakers of having the agenda. Bullying Kelly Marie Tran and John Boyega just for being cast, calling Rey a “Mary Sue” even though Luke was much the same way in his youth, complaining about Admiral Holdo’s very existence just for calling another hero out on his buffoonery, calling the new movies “prejudiced against white males”….That just REEKS of agenda, the way I see it. Also, I’ve noticed that almost all of the criticisms of characters being bland, poorly-written, useless, and other inflammatory labels are directed at women or minority characters. Coincidence? I think not. I’ve tried to give these people a fair shot, but they’ve made it clear that they don’t want to have a mature conversation, they just want to hate, hate, hate. It’s hard to see this childish ranting as anything other than blatant racism/sexism by white guys who’ve never kissed anybody. I don’t need every single person to be happy in order to enjoy a movie, but when I hear bigotry, that’s when I stop listening.

At the end of the day, I feel a deep sadness for the people who didn’t like this movie, because the rest of us got a well-acted, action-packed, smartly-written Star Wars film. And call this a straw-man argument, but had both this movie and The Force Awakens been the first Star Wars movies to come out, everyone would’ve eaten them right up. But we’re all so spoiled; these days we can’t state our opinion on a movie without someone accusing us of lying or being mentally disabled. I’m not saying I don’t have my own issues with the franchise. And any choice the creators make in a series as revolutionary as Star Wars is always a risk and will ALWAYS upset people. But to claim that your dislike of a movie is part of some convoluted scheme instead of differing opinions is juvenile thinking. I said this in my BvS review, and I’ll say it again: we are ALL biased, no matter how much someone claims to be objective just because they say so.

All that said, I don’t really care. Create problems out of thin air all you want. I’ll watch Star Wars until the day I die. I love the series a lot, and I fail to see the pleasure in wasting my time complaining about something I claim to love. Also, representation is supremely important, and you’ll never convince me that Star Wars is suffering because of it. If nothing else, I hope this encourages you to check out the movie if you haven’t already. Trust me, it’s worth your time.