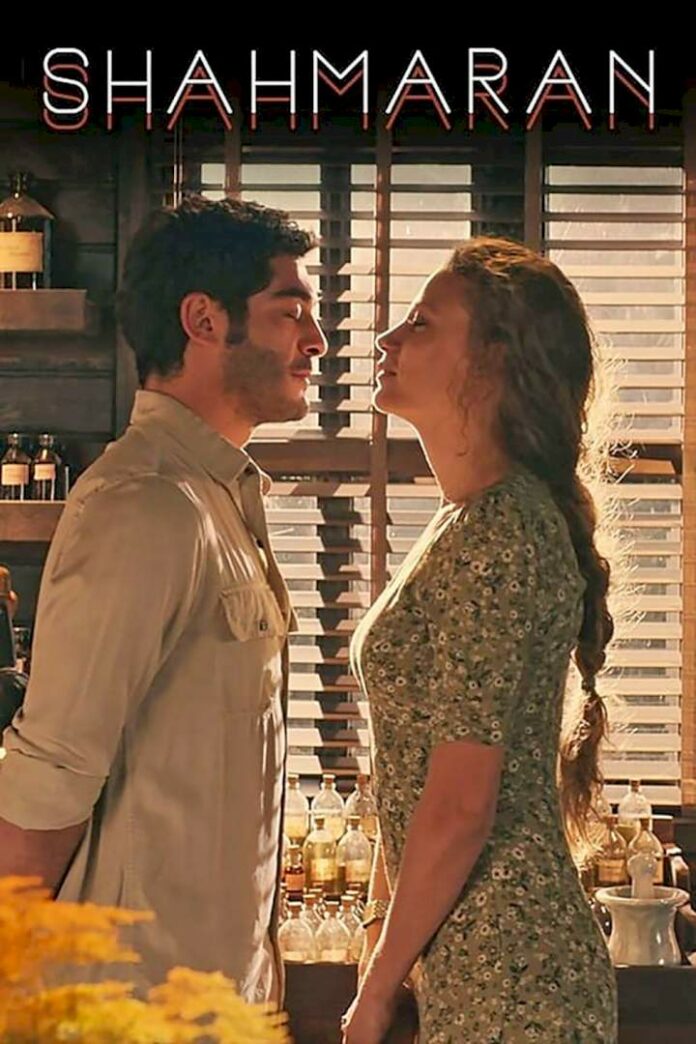 Shahmaran is a brand new Netflix’s Turkish series, whose story revolves around of a young woman who travels to Adana for a lecture and decides to reunite with her estranged grandfather. In addition, official Netflix synopsis reads as, “When Şahsu goes to Adana for a lecture, it’s the perfect chance to face her estranged grandfather. But soon, she finds herself in the midst of a legend.” Starring the talented Serenay Sarikaya in an unforgettable leading role, this series is accompanied by several other remarkable actors portraying essential supporting roles. Plus, each episode has a runtime of approximately 40 minutes – all adding up to 10 amazing episodes.

Introducing of TV series: The show gets deep into complex topics like love, family, and more in an emotionally charged way. Through powerful monologues, vivid dialogue and stunning visuals, the show’s creators have crafted a story that speaks to the human condition and explores its many nuances.

With an unwavering mission in mind, Shahsu (as protagonist) alights from the train at Adana – a southern Turkish city which is historically rich, beautiful, and mysterious. As a PhD candidate and part-time lecturer, she was invited to give a guest lecture session for college students there – yet her arrival entails much more than what meets the eye. Despite contending with intense heat and humidity of that region, it does not bother Shahsu as much; because this place holds some untold personal motive for her visit. It turns out that this place is the same one from where her grandparents migrated from. She’s visiting the same place and reconnecting with her roots after all these years, which is why this visit holds so much meaning for her.

Ever since she was a young girl, Shahsu had held high expectations to meet her grandfather Davut Demir who lived in a remote community outside of the city. She had heard many stories about her grandfather’s life, his involvement in the community, and his wisdom. She was eager to meet him and experience his culture firsthand. But this reunion would not be filled with pleasantries; rather an atmosphere of resentment and confrontation. This was because the two had not seen each other in years and each had a different perspective on the events that had transpired. As a result, the conversation was likely to be tense and filled with unresolved issues.

Davut left Shahsu’s mother, Gul, at their home after promising to return soon but never did. Gul kept waiting for Davut’s return, but eventually realized that it would never happen. When he failed to keep his promise, it was an ultimate betrayal of her trust and she eventually had to accept that he was never coming back.

Gul’s entire life was plagued by her father’s absence, as not once did he respond to the multitude of letters she sent him over the years. Her pain and loneliness were only doubled when later in life Gul had to face abandonment from her husband too. As revealed by Shahsu, who is left behind with these unanswered questions after her mother’s recent passing – Gul held a firm conviction that she must have been adopted since this was the reason why her father never came back for her. Despite Shahsu’s aggressive approach, Davut remained silent and unresponsive. This peculiar reaction was both perplexing and confusing to everyone present.

After she scored a semester-long job at the college, Shahsu settled into her grandfather’s house after first having booked a hotel room in the city for the initial few days. As she became acquainted with both the village and its inhabitants, an introduction to Maran–a man close to her age living nearby–soon followed. Despite the woman’s attempts to become friendly with him, Maran appears to remain aloof. Yet as mysterious events start transpiring in and around Shahsu, she is convinced that she was trapped inside a circle of flames during some kind of folk celebration – yet no one else witnessed this incident except for Maran who saved her from it. Just a day later, an inexplicable force compels multiple tourists to jump into a well at an ancient ruin site.

Shahsu feels as if someone in eerie black robes is trailing her every move and Cihan, her junior coworker with romantic intentions for her that border on obsession, will do whatever it takes to win over the woman he desires. In a state of bewilderment and disarray, Shahsu questions if these events are only figments formed from her withdrawal of medication. But as she soon discovers, an old story of passion, deception, and hex is unfolding around her with herself at the crux.

(Important to note: Spoilers Alert and also in the below ending explained our point of view is also involved)

At the root of Shahsu and Maran’s destiny lies their budding romance, yet it takes a while to blossom. Despite the obvious chemistry between them, both of them are hesitant to act upon their feelings.

Maran had been rather skeptical of his people’s prophecy since he thought it caused more damage than good. He had seen firsthand how the prophecy had caused his people to become divided and had led them to make decisions based on fear instead of logic. He was worried that if they continued to follow the prophecy blindly, it would only lead to more destruction.

As he falls deeply in love with Shahsu, he eventually comprehends that his father and sisters have been accurately forecasting the prophecy all along. At last when the lovers finally give into their passions and intensely make love near a lake in the closing episode, Shahsu’s body begins to develop scales similar to snake skin.

Initially oblivious, Shahsu gradually recognizes the prophecy is authentic upon noticing her newfound capabilities. After seeing her visions come true and having the ability to predict the future, she slowly starts to believe that she is the chosen one and begins to accept her role as the prophet. Her unconditional affection for Maran has enabled the prophecy to come true and granted her Sahmaran’s powers. These abilities prove essential during a confrontation with Arun, Lilith’s commander; she effortlessly defeats him thanks to them.

Concurrently, Mirac locates and attempts to execute Davut; professing that the primary source of this distress, Camsap should be destroyed. In a state of resignation and anguish, Davut eagerly wounds himself with Mirac’s knife understanding his pain will eventually conclude. As fate would have it, at precisely the moment when prophecy is about to take place and balance between humans and basilisks is restored – both Davut’s or Camsap’s death takes effect thus ensuring no one else has to endure punishment for their misdeeds. Ultimately then in that sense Mirac brings relief from suffering for Camsap as well.

At the conclusion of Season 1 of “Shahmaran,” we witness a powerful scene where Lilith is shown to be slowly regaining her strength in her frigid prison cell. She stares defiantly out of the cell, determined to make her captors regret ever underestimating her.

This momentous event sets up revenge upon humankind and heralds the return of Sahmaran, now as Shahsu. This epic showdown between revenge-seeking Lilith and the forgiving Sahmaran is kept away for a potential second season, while Lilith may become an important character if it does. This keeps the audience wanting more and creates a suspenseful atmosphere that would be difficult to replicate in the same way if the climax was reached in the first season. Despite the idea that Sahmaran has more power according to ancient stories, her sister’s legion of basilisk citizens in Adana could be advantageous as well. Undoubtedly this battle would be one to remember. Sahmaran’s powers have been said to be able to manipulate the elements, while her sister’s powers allow her to control the minds of those around her. This could provide her with a powerful army to aid in the fight.