The Post-Truth World Ending, Explained | How Did Shih-Yun Died? 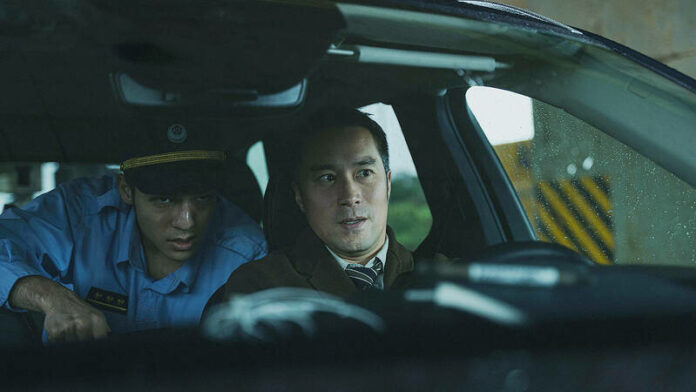 The Post-Truth World is a 2022 Taiwanese crime mystery which consists of multiple twists and turns. With each twist and turn, the truth becomes murkier and it is up to the uncover the truth in this thrilling crime mystery. An engaging script and convincing performances from the entire cast make this a must-see. The film was able to capture the audience’s attention and draw them into the story. The characters were well-developed and their dialogue was believable, making it easy for the viewers to connect with them and become invested in the plot. As the story progresses, it gradually reveals the true intentions and motivations of the adults in the story. This causes the viewer to reassess their opinion of each character as they learn more and more about them. In addition to this, the film is directed by Chen I-fu, starring Joseph Chang, Edward Chen, Caitlin Fang, Aviis Zhong, and Amber An.

Not long ago, Chang was a renowned athlete on the rise until he committed murder of his girlfriend seven years earlier and landed himself in prison. Chang was a rising star in his sport and had the potential to become one of the greatest athletes of all time. However, his future was derailed by a moment of passion that resulted in tragedy and ultimately changed the course of his life.

But then Chang escapes from this imprisonment, taking Liu – once an esteemed media celebrity – hostage along with him. Chang’s life changed drastically after his mistake. But in an unexpected twist, he was able to escape from prison and take Liu hostage, giving him a chance to redeem himself and start anew.

Upon discovering that the security cameras had been destroyed to conceal evidence of a drug transaction, Li-min questioned why the elderly woman had lied. Li-min realized that the woman must have been involved in the drug transaction, as she had no reason to destroy the security cameras otherwise. The woman’s lie was further proof that she was involved in criminal activity.

After visiting the retirement home, Zeng Jing-an (grandson of old lady) confessed to murdering someone and expressed his wish to surrender himself in court. The police had been looking for Zeng Jing-an for two weeks and were unable to locate him. When they visited the retirement home and found him there, he confessed to his crime and was willing to face the consequences.

As Jing-an escorted him to the police station, he narrated his experience of that fateful evening. Apparently, while cleaning up soda spots from his clothes in the restroom, he stumbled upon a drug deal involving Shih-yun who had taken drugs as an experiment for Ya-jing’s cartel theory. On noticing Jing-an’s presence there and panicking, Shih-yun snatched away his phone. While trying to take the phone back from Shih-yun, Jing-an got into a physical altercation with him, which ended up with Shih-yun being injured. The commotion alerted the security guard who then called the police.

In her fear that he would report the crime to authorities, she rashly struck herself with whatever was within reach in an attempt to avoid Jing-an’s wrath. She was desperate to find any way to make him believe that the crime wasn’t her fault, so she resorted to self-harm in an effort to appear innocent and avoid punishment.

His grandmother, who served as a janitor at the same building, even instructed him to splash hydrochloric acid on the body and erase any evidence of their wrongdoings. Infuriated by his orders, Zheng-yi grabbed Jing-an and dragged him towards the ballpark where he proceeded to relentlessly assault him until Li-min stepped in; however, Zheng-yi refused to cease despite his friend’s attempts at stoppage. Speaking to the media, Li-Min highlighted how Jing-an had taken him hostage and Zheng-yi needed to commit murder in order to shield his own life. In other words, he acted out of self defense. As such, Li-Min reasoned that the court should consider forgiving Zheng-yi for the act. Subsequent news coverage revealed that Jing-an aggressively pursued Shih Yun before killing her by accident; nevertheless it was done as a protective measure on behalf of another individual’s safety – which helped give context into why Zheng yi committed murder in this case.

In spite of Li-Min’s public persona, what had actually happened was far from the gruesome reality. After Zheng-yi lost his temper, he killed Jing-an instead of allowing for a fair trial to be conducted. Li-min was shocked to see this act, since he was not able to accept that someone who supposedly proved their innocence was actually a murderer at heart, despite their claims to the contrary.

Although Zheng-yi was not directly responsible for killing his girlfriend, it was clear that they were a threat to society and consequences had to follow suit. Refusing to disclose the truth, he became enmeshed in a web of lies. According to his narrative, he had to reopen the investigation and proclaim the innocence of Zheng-yi; however, contradicting this story would damage his reputation and he decided instead to disseminate false information as part of this narrative.

Despite the disappointing conclusion at the end of the movie, it is revealed that Shih-yun was not murdered by Jing-an, rather he had been killed by his grandmother. The sound of the brace Shih-yun wore during her polio struggle was evident in both the audio of Shih-yun’s phone call and Li-min’s initial meeting with the aged woman. She was wearing a brace that made a distinctive sound while she was wearing it.

There was a need for Li-min to put an end to this matter, so he deleted the recording, and his grandson shielded him from humiliation by taking responsibility for all of this on his own behalf. No one deserves to be denied a fair trial, let alone to be a victim of an untimely death. As a consequence, news outlets are manipulated to the point where they act as judges and jury in matters of public opinion, which greatly impacts how readers interpret information. In Zeng Jing-an’s case, we have some of the most outstanding examples of how society needs unbiased reporting without sensationalization or any sort of manipulation. The media has a long history of disseminating false stories, and that is why the justice system exists – to get to the bottom of the matter.

As a result of this unethical practice, Li-min ended up participating by fabricating what he thought others would find attractive rather than revealing the truth; therefore, he aided an individual who had committed a serious crime by engaging in this unethical behavior. His life trajectory did not go down such a path because of peer pressure, but unfortunately he succumbed to it.