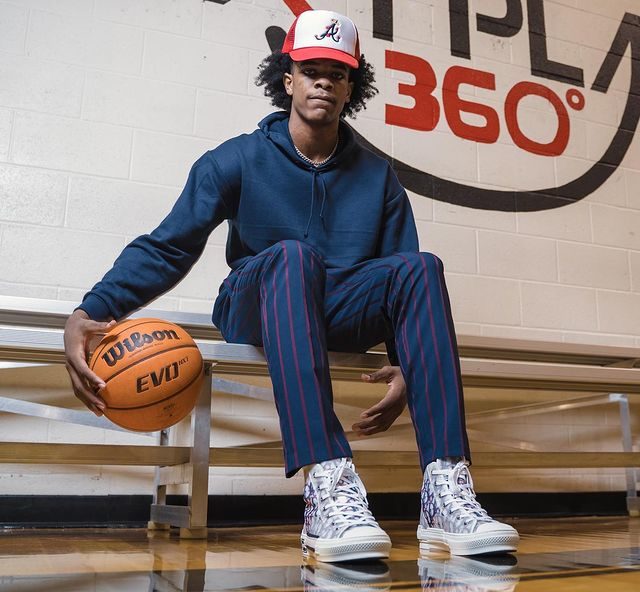 Scoot Henderson is an American youngest NBA G league basketball player. He is the first high school junior to commit to the Ignite program and, due to his age, marks the first player signed who is not NBA draft-eligible the next year. The way this young lad is progressing in the path of stardom it will not be too much to say that he is gradually posing a challenge for the big names in sports world and who can say, with time he might catch up with them or even surpass a few. Whatever the scenario will be, we wish this young boy a great journey ahead. Tune in bio and explore more about Scoot Henderson’s Wiki, Bio, Age, Height, Weight, Girlfriend, Dating, Net Worth, Family, Career and many more Facts about him.

How old is Scoot Henderson? He was born in Feb 2004. He is 17-yrs old. He holds American nationality and belongs to mixed ethnicity. He is popular as Scoota Henderson in the professional world. His father and mother names are not known. As per his education, he has finished all coursework and will graduate high school in June 2021, with graduation a prerequisite for joining the G League Ignite.

How tall is Scoot Henderson? He stands tall with a height of 6 feet and 3 inches and weighs about 58 kilos. He has black eyes and curly black hair.

How much is the net worth of Scoot Henderson? He will not turn 19 until 2023, Henderson will not be eligible for the 2022 NBA draft and is committing to spend two years with the Ignite program. He is the youngest professional basketball player in U.S. history after signing a contract with the NBA G League Ignite Elite team. The deal is worth $1 million.

Scoot Henderson is the second prospect officially announced to the G League Ignite, joining big man Michael Foster from Hillcrest Prep in Arizona. Jaden Hardy, the No. 2 prospect in the 2021 high school class, has announced his intentions to join the program but has not officially signed a contract.