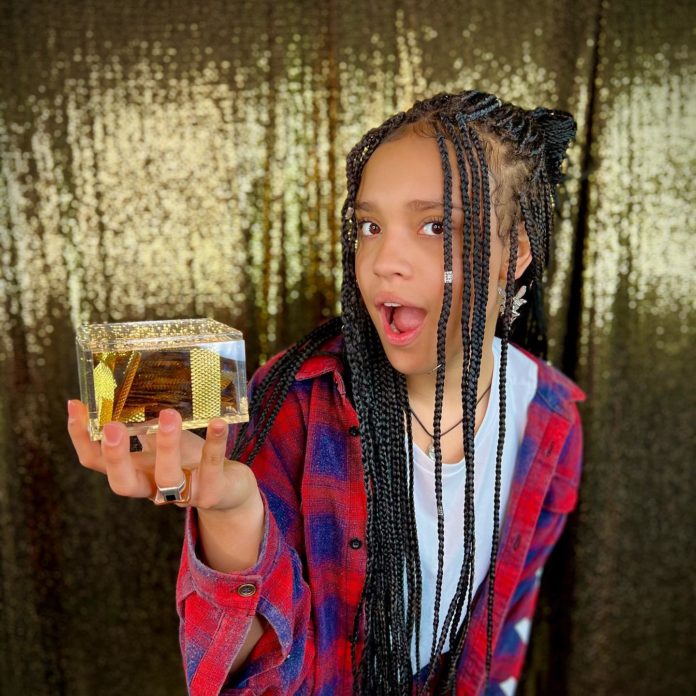 Sara James, a 13-year-old from Poland, will be making her major debut on ‘America’s Got Talent’ Season 17. While it is Sara’s first time on ‘AGT,’ she isn’t new to the world of reality talent shows! Having taken home first place on The Voice Kids in Poland and been runner-up of Junior Eurovision on the other side of the pond, Sara has a lot of prior experience. Sara James ‘The Voice Kids’ Winner: Wiki, Bio, Age, Facts.

Who Is Sara James?

Sara is an 18-year-old vocalist from Ośnie Lubuskie, Poland. She has always been musically inclined, according to her Junior Eurovision Song Contest profile. At the age of six, she began playing piano and has over 239,000 devoted followers on Instagram with a verified account.

After winning Season 4 of Poland’s TV show ‘The Voice Kids,’ she became a household name. She decided to perform on the international scene after her big win on Poland’s most popular program ‘The Voice Kids’ in order to represent her country at Junior Eurovision Song Contest.

While we don’t know for sure which songs Sara will perform on ‘AGT,’ we can take a look at her past performances to get an idea of what she might sing. On ‘The Voice Kids Poland,’ she performed renditions of Sia’s “Chandelier,” Celine Dion’s “My Heart Will Go On” and Whitney Houston’s “I Have Nothing.”

For Junior Eurovision, she performed an original song called “Mój dom (My Home)” which earned her second place in the competition. She also released a cover of Lewis Capaldi’s “Someone You Loved” in 2019.

Sara James wowed the judges with her powerful vocals during her ‘AGT’ audition. She performed an original song called “You’re My World.” The performance earned her a standing ovation from all four judges. Heidi Klum said she was “blown away” by Sara’s voice, while Sofia Vergara told her she has “a big future ahead” of her.

Howie Mandel also praised Sara for her confidence on stage, while Simon Cowell said she was a “natural born star.” Ultimately, the judges unanimously voted to send Sara to the next round. When asked about her work in an interview with Spotify, she remarked, “My art is a reflection of my everyday life, emotions, events that are on my mind.”

She listed Whitney Houston, Rihanna, and Beyonce as her role models. It appears that she is working hard to achieve her goal, which is something I have noticed in other AGT acts. She has already released a music video with the title ‘My Waves.’ It looks like Sara is serious about pursuing a successful singing career, and ‘AGT’ would be an excellent start.

Season 17 of America’s Got Talent aired on Tuesdays at 8 p.m. ET/PT on NBC this season, with all-new episodes every Tuesday from 8 to 10 p.m. ET/PT following the show’s premiere. Viewers who want to watch the program without cable may use any one of the following streaming services: Sling TV, fuboTV, Hulu With Live TV, AT&T TV, or YouTube TV to do so.