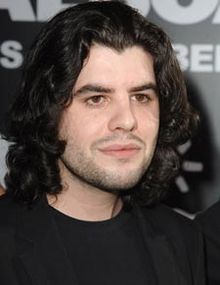 He was an American actor, film director, producer, and distributor. He was the elder son of Sylvester Stallone. He was found dead on July 13, 2012 at his home in the 8100 block of Mulholland Terrace in Studio City, Los Angeles. After an autopsy and toxicology tests, the Los Angeles coroner determined that Sage died of coronary artery disease caused by atherosclerosis. Tune in bio and explore more about Sage Stallone’s Wiki, Bio, Age, Height, Weight, Death Cause, Funeral, Girlfriend, Fiancé, Net Worth, Career and many more Facts about him!

How old was Sage Stallone at the time of his death? His birthday falls on May 5, 1976. At the time of death, he was 36-yrs old. Sage Stallone was born in Los Angeles, California, the elder son and first child of Sasha Czack and actor Sylvester Stallone.

Sage Stallone, son of actor Sylvester Stallone, was found dead Friday at his home in the 8100 block of Mulholland Terrace in Studio City. He was 36. According to reports, he had not been heard from for four days prior to his death. Sage died of coronary artery disease caused by atherosclerosis, with no drugs detected other than an over-the-counter pain remedy. Stallone’s funeral was held on July 21 at St. Martin of Tours Catholic Church in Los Angeles. He is interred at Westwood Village Memorial Park Cemetery.

At the time of his death, Stallone was reportedly engaged. Sage appeared in the films Rocky V, Daylight and Chaos, and direct the 2006 short film Vic. He was thinking of getting married, working on a lot of filmmakers. Moreover, the identity of Sage’s girlfriend has not been revealed.