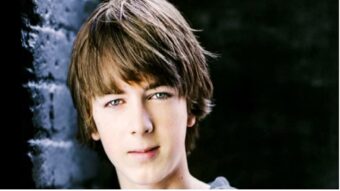 Ryan Grantham, known for his role in Diary of a Wimpy Kid and appearance in Riverdale, pled guilty to second-degree murder in March 2020 for killing his mother, Barbara Waite. Ryan Grantham was sentenced to life in prison for the shooting death of his mother. Here, the question is why did he killed his mother? Is there any personal problems going between the mother and son or was that only an accident?

Why Did Ryan Grantham Killed His Mother?

In addition to this, in 2020, actor Ryan Grantham was sentenced to life in prison for murdering his mother. The actor will not be eligible for parole for 14 years.

Grantham is currently getting psychiatric help in prison and is showing great improvements. On June 9th, he made a public apology in court and demonstrated how sorry he was for his actions. He added that his mother, who was a loving and compassionate woman, did not deserve what happened to her.

Calling the case “tragic and heartbreaking”, Justice Ker said that the victim statements from his sister showed how “life-shattering” the crime was.

Ryan Grantham Sentenced To Life In Prison In 2022

Ryan Grantham, former child star best known for his roles in Diary of a Wimpy Kid and Riverdale, was sentenced to life in prison on Tuesday. The 24-year old actor will not be eligible for parole for 14 years after he fatally shot his mother back in 2020. This news comes from the CBC who report that the British Columbia Supreme Court made this decision Vancouver earlier today.

As Grantham had pleaded guilty to second-degree murder, his sentence of life in prison was expected. What wasn’t certain, though, was how long he would have to wait until being eligible for parole. Prosecutors alleged that Grantham shot his mother in the back of the head as she played piano on March 31, 2020.

The court learned that Grantham rehearsed the murder and filmed the entire process, including a video in which he confessed and showed his mother’s body.

At the sentencing this week, CBC reports that Justice Kathleen Ker stopped Grantham from going through with a killing spree – something she considered a “saving grace.” She also noted the severe impacts of the crime on victims’ lives, as stated by the actor’s sister in a victim impact statement.

Read Also: Where Are Junko Furuta Murderers Now: Everything We Know