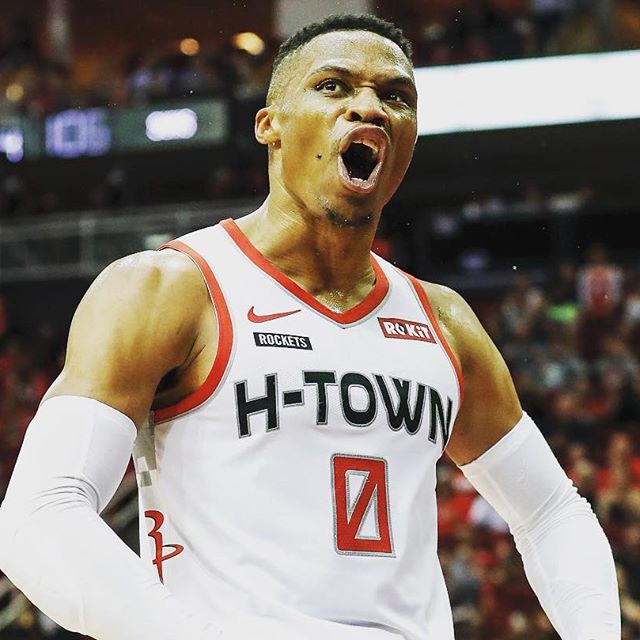 Who is Russell Westbrook? He is an American professional basketball player. He was selected fourth overall in the 2008 NBA Draft by the Oklahoma City Thunder. He helped lead the Thunder to the 2012 NBA Finals. In 2017, he was named NBA MVP after averaging a triple-double across the entire season. In 2019, he was traded to the Houston Rockets. Tune in bio!

How old is Russell Westbrook? His birthday falls on November 12, 1988 in Long Beach, CA. At present, he is 31-yrs old. His birth sign is Scorpio. He holds American nationality and belongs to mixed ethnicity. He was born in Long Beach, California, to Russell Westbrook Jr. and Shannon Horton. He has a younger brother named Raynard. He grew up in Hawthorne, Westbrook and his best friend, Khelcey Barrs III, had hopes of going to UCLA and playing together. However, in May 2004, Barrs died from an enlarged heart during a pickup game.

Who is the girlfriend of Russell Westbrook? In September 2014, he got engaged to Nina Earl, who also played basketball at UCLA. The two got married on August 29, 2015. In 2017, he and Nina welcomed a son named Noah.

What is the net worth of Russell Westbrook? Westbrook entered Leuzinger High School as a point guard. He wore number 0 throughout his career at UCLA. Westbrook was selected 4th overall in the 2008 NBA draft by the Seattle SuperSonics. As in 2020, his net worth is estimated around $25 m (USD).