Roblox Raise A Floppa Deleted: Check Out Why 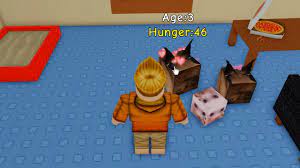 There are a few possible reasons why Raise a Floppa was deleted from Roblox. One possibility is that the game may have been violating Roblox’s terms of service or community guidelines in some way. It’s also possible that the game was simply not popular enough to justify keeping it online, or that it was causing technical problems for the site. Whatever the reason, Raise a Floppa is no longer available on Roblox.

Raise a Floppa, a popular Roblox game, was recently taken down by the company. Many users were dissatisfied and perplexed as a result of this. Raise a Floppa is one of millions of user-generated 3D experiences available for other gamers to enjoy.

According to the official website of Roblox, Raise a Floppa was developed in March 2022 and had already received 4.1 million visits by then. However, this week’s content was deleted without warning. Here’s what we learned about the situation. Roblox Raise A Floppa Deleted: Check Out Why.

Why Was Raise A Floppa Deleted?

The Twitter account @Roblox_RTC was one of the first to note that Raise a Floppa’s material had been deleted without warning. “Popular game Raise A Floppa was recently deleted,” their tweet reads. “The game centered around raising a Caracal. Unfortunately, many players don’t know why it was recently deleted.”

The user continued: “I rather not get into the exact details until after this is resolved, but thank you for posting this.” When you go to their profile, a message on Roblox says: “Page cannot be found or no longer exists.”

The game’s content was deleted because the creator’s profile was removed, despite the fact that Roblox has yet to address the issue and present a statement.

Read Also: What Is A Tar Heel Meaning Explained?

Many Roblox gamers adored the original Raise a Floppa. According to its description, the game was created on March 26th 2022 and has gathered 71k unique members, 4.1 million visits, and 47k likes. We hope that Raise a Floppa’s information is restored so that fans can continue their own stories in the game.