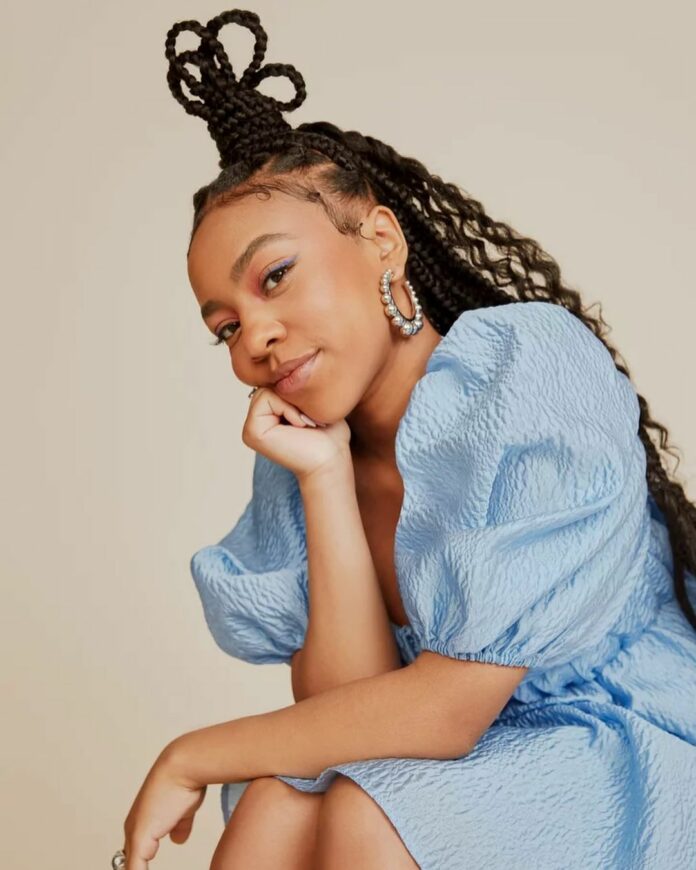 Priah Ferguson is an American actress. She touted to stardom for her role as Erica Sinclair on the Netflix’s hit series Stranger Things. Moreover, Stranger Things 4 Volume 2 takes off after the cliffhanger ending of its first part. Vecna’s identity has been revealed, that he’s Henry Creel aka One. And Nancy is under his control. Hopper and Joyce have reunited in the Soviet jail. One would expect the show to increase the pace as it moves along but here, it’s on the fifth gear from the word go. How Tall Is Priah Ferguson As Erica Sinclair?

How tall is Priah Ferguson? She stands around the height of 5 feet 1 inches tall. She has a body weight of around 55 kg. Her eye color is black and her hair color is curly brown.

How old is Priah Ferguson? She was born on October 1, 2006 in Atlanta, GA. She is 15 years old, as of 2022. She was born to John and Adjua Ferguson, a design director and graphic designer, respectively. She has one younger sister named Jayda.

After seeing the films Crooklyn and Daddy’s Little Girls, Priah Ferguson was inspired to pursue a career in acting. She began her career in short and independent movies in 2015. In 2016, she made her television debut on the FX Networks program Atlanta and the Civil War drama Mercy Street.

In 2017, Ferguson was cast in the Netflix science fiction horror web television series Stranger Things as Erica Sinclair, Lucas’ younger sister, in a recurring role. She starred in season three as a main character. In 2018, she appeared in the film The Oath. She will star alongside Marlon Wayans in Boo! (Boo!), an October 2022 Halloween comedy. In 2015, Ferguson teamed up with United Way to raise awareness of children’s well-being.

It’s been six months since the Battle of Starcourt, which terrorized and destroyed Hawkins. Our group of friends has been split up for the first time, and navigating high school hasn’t gotten any easier. A new and terrifying supernatural danger emerges in this most delicate period, offering a sickening puzzle that, if solved, might finally put an end to the Upside Down’s horrors.