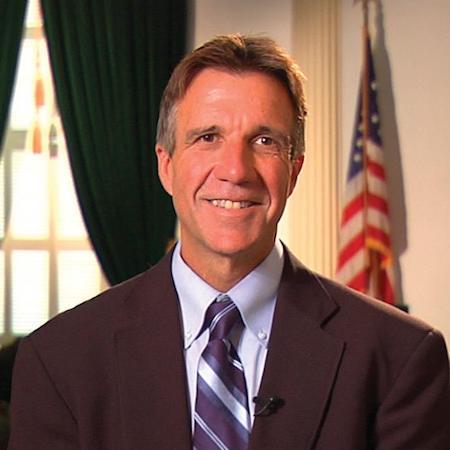 Philip Brian Scott (born August 4, 1958) is an American politician serving as the 82nd Governor of Vermont since 2017. A member of the Republican Party, he won the 2016 general election with 52 percent of the vote. In 2018, he won re-election to a second term by a wider margin. He was previously the 80th Lieutenant Governor of Vermont, an office he held from 2011 to 2017. Before serving as Lieutenant Governor, he was a State Senator representing the Washington County District from 2001 to 2011.