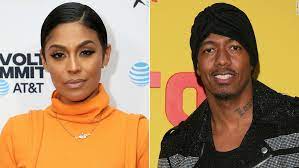 Nick Cannon is an American entertainer, television host, actor, rapper, and comedian. He is best known for his roles on television as the host of America’s Got Talent, The Masked Singer, Wild ‘n Out and Nickelodeon’s All That, in addition to his performances in films such as Drumline and Love Don’t Cost a Thing. He also has a line of clothing and accessories, as well as his own record label, N’Credible Entertainment.

It is unclear when the couple started dating. Before Abby, Nick was dating model and beauty pageant queen Brittany Bell, who he met during his split from Mariah in 2015.

The pair reportedly broke up for good in 2020 but they were spotted in November that same year holding hands leaving a restaurant in Malibu after celebrating her 33rd birthday.

In April 2021 Nick and Abby revealed they were expecting twins together. Abby shared an intimate clip that showed off her growing baby bump with her man by her side.

Then on June 17, 2021 Nick revealed Abby had given birth to two baby boys called Zion and Zillion. The news of Abby giving birth comes before Nick’s other baby mama Alyssa Scott gave birth to their son Zen, also in June.

On December 7, 2021, Nick revealed that Zen passed away from brain cancer over Thanksgiving break. Cannon announced it on live TV, saying: “Over the weekend, I lost my youngest son to a condition called hydrocephalus…brain cancer.”

Monroe and Moroccan Scott are fraternal twins from his 2008-2016 marriage to pop star, Mariah. Nick shares children Golden and Powerful Queen with Brittany – the latter whom he just welcomed in December 2020.