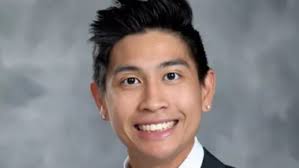 Following the death of UNLV student Nathan Valencia from head injuries sustained in a fraternity boxing match that was organized by Kappa Sigma Fraternity on November 19th, we investigated whether there was a need for further education and training for his sport.

A candlelit vigil was held for Valencia, a 20-year-old Sigma Alpha Epsilon member. After collapsing at the scene, she was rushed to hospital where she died four days later.

Who was Nathan Valencia?

On November 19th, a boxing match organized by the Kappa Sigma Fraternity killed Nathan Valencia, a UNLV student from brain injuries. The student collapsed shortly after the fight and died four days later, according to Klas 8 News Now.

However, according to CNN, the family’s attorney denied that he had any prior boxing expertise.

According to Klas 8 News Now, one of the videos appears to show a boxing referee drinking from what looks like a drink can before the bout.

“It was just fighting,” said Cruz. “There wasn’t any boxing in it; everyone was striking one another in the back of the head.”

“The ref wasn’t really participating,” Cruz continued. “He was more just a viewer, just like enthralled in the chaos of the event, I guess.”

UNLV officials said they were investigating the matter, according to the I-Team. The weigh-in for boxers was held on campus but the boxing match took place at the Sahara Event Center off campus. Police revealed that they looked into licensing and discovered that the company was not at fault.

The Nevada Athletic Commission, which oversees boxing in the state, has launched an inquiry following Valencia’s death. A referee requires a license and is “bound by and must follow the Nevada State Athletic Commission’s ring officials’ code of ethics and conduct,” according to its website.

The family of Valencia stated in a statement that they were “bereaved” by their son’s death, adding, “We will be doing a complete investigation to determine how UNLV and the Kappa Sigma Fraternity could have allowed and sponsored an event like this.”

“Kappa Sigma Fraternity is devastated by the passing of Nathan Valencia at the University of Nevada, Las Vegas. Our heartfelt condolences, thoughts, and prayers go out to the Valencia family and the entire UNLV community,” Kappa Sigma wrote in a statement.

Is Polo G Dead in 2021? Know everything about him

If you want to offer any financial assistance, you may assist the family of Valencias’ GoFundMe campaign.