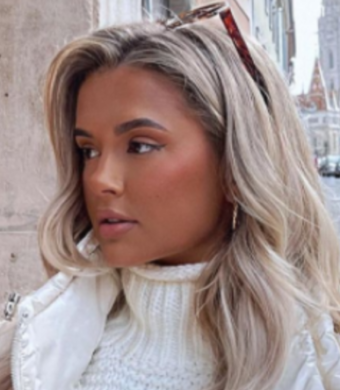 Following a statement made on a podcast, Molly Mae is being criticized online. Last month, the former Love Island star was on Steven Bartlett’s Diary of a CEO podcast, where she discussed her success and hard work.

Fans have been left furious after she stated that “everyone has the same 24 hours in a day,” however one statement has driven them insane.

Many people on Twitter have ‘snapped’ the influencer, but has she lost any followers? Let’s see.

What Did Molly Mae Say?

On British businessman Steven Bartlett’s podcast, Molly said, “You only get one life, and it’s up to you what you do with it. You have the freedom to go in any direction.”

“I’ve been slammed a lot in the past because I’ve said that when it comes to money, if you have no money, and you don’t have time, then that is what we need to focus on first. We all do not have the same 24 hours in a day; therefore, when someone tells me they’re broke and they can’t afford anything right now… If there’s something wrong with your budget or you don’t know how much money you have left or whatever it is, we try to get back to them as fast as possible. But for us to say that we all have the same amount of time does not apply everywhere,” she added. Then, she added: “But, technically, what I’m saying is correct. We do.”

Fans are tearing into her online, claiming that she is ignorant of the fact that some people grow up in poverty and do not have the same access as she does.

Has She Lost Any Followers?

She hasn’t really lost any followers as a result of the drama, in my view. She has, however, enraged people on Twitter with her comments. She has 1.63 million subscribers on YouTube, which is the same as before her comments went viral.

What is the Celine Dion TikTok trend and how can you do it?

On Instagram, Molly has 6.3 million followers, which is the same amount she had a few months ago. However, since Instagram and YouTube don’t show the exact number of followers a user has, it’s difficult to tell whether she’ve lost any.

She’s most likely lost a few thousand followers, but not enough to reduce her overall following on YouTube or Instagram to 6.32 million people.

As a result, there is a split between the podcast comments on Molly Mae’s Twitter feed. Some people continue to criticize her, while others feel sorry for the 22-year-old.

Others have said that we don’t have the same number of hours in a day, and Molly’s comments were “tone deaf.” Others think she is being prejudice.

At the time of publication, Molly has yet to address the criticism.