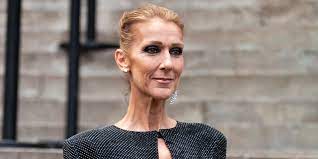 TikTok users are busy doing the Celine Dion trend, and you can do it too!

Over the years, several fads have swept social media, and most of them have been inspired by celebrities. With New Year fast approaching, TikTok users are using Celine’s song to join the newest trend.

What Is The Celine Dion Trend On The Platform?

Users lip-sync to Celine Dion’s song “It’s All Coming Back To Me Now,” which is a part of the current trend.

The song was produced using the vocals of Pandora Box’s girl group. Celine performed a cover of the song, which helped to make it famous. The singer subsequently recorded the track for her studio album “Falling Into You.” The song became extremely popular throughout Europe and reached number one on the US Top Chart in 1996. There have been numerous instances since when the musician has sung her signature piece.

How To Do The Trend On TikTok?

If you’ve signed up for TikTok recently, there’s a chance you’ve already encountered the trend. There are two quick methods to accomplish it:

The initial step is to don a gown or make use of any other material to create one. This may be a blanket, a bedsheet, or even a tablecloth. It doesn’t matter what you use as long as you have the confidence to perform it. You must then lip-sync to the song lyrics after putting on your clothes.

The second approach to catch the wave is to go all out. That is, a broom or a comb may be used as your microphone. At the end of the day, it’s all about giving your best effort. Although there is no correct choice, it doesn’t matter which portion of the song you pick since the objective is to have fun.

TikTok Trends Based On Other Celebrities

There are several more TikTok trends that have been inspired by celebrities. A remix of Adele’s “Water Under The Bridge” with Meghan Thee Stallion’s dance moves has recently gone viral on the site.

Fans were quick to adopt the trend and try mimicking the actions. Meanwhile, Cardi B’s ‘Up’ song became popular on YouTube when fans attempted to mimic her dance moves.