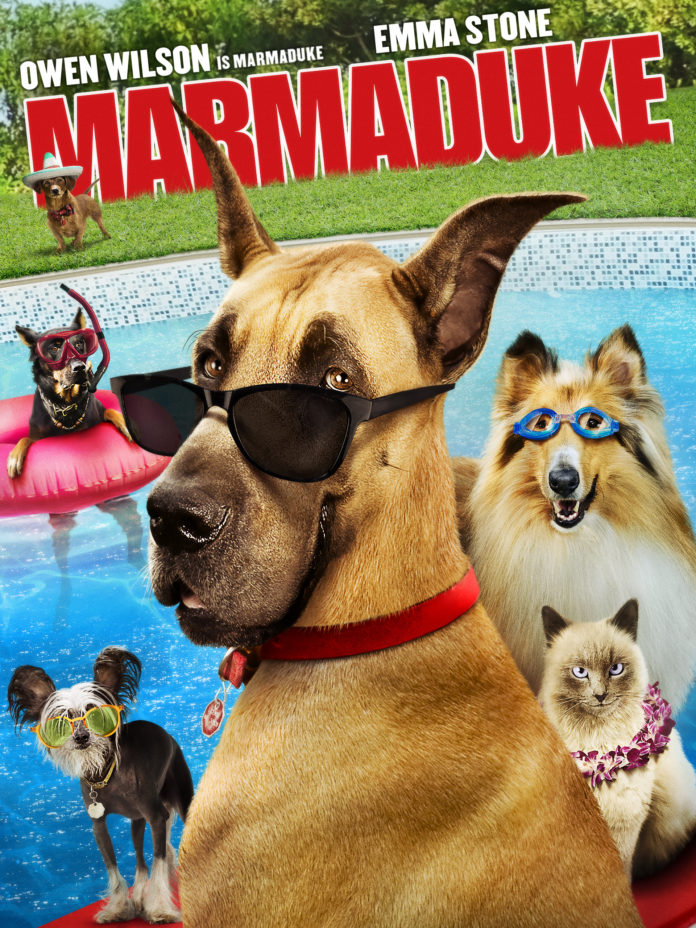 In May 2022, Netflix will release the new animated movie Marmaduke, which features the voices of J.K. Simmons , Pete Davidson, David Koechner, and Shelby Young, in select countries including the United States and the United Kingdom.

The new feature film, which is produced by Andrews McMeel Entertainment and Legacy Classics and runs at 88 minutes, follows the iconic dog’s training for and eventually competing in the Westminster Championship. Here’s the official synopsis of the upcoming movie:

“Marmaduke epitomises the overgrown lapdog, with an irascible streak and a penchant for mischief tempered bye a deep sense of love and responsibility for his family. This time, he gets involved with the world of elite dog shows, dramatic divas, and hilarious rivalries.”

Brad Anderson and his team continue to produce it today. The popular comic strip has previously been translated into a family comedy in 2010, which was produced by Twentieth Century Fox. Owen Wilson, Emma Stone, and George Lopez were among the stars of that film, which was a live-action adaptation.

The animated feature film was supposed to premiere in 2020, but due to the worldwide pandemic, it was delayed. On May 6th, 2022, Netflix (as a Netflix Original) will debut Marmaduke in various countries including the United States and the United Kingdom. The film will also have a limited theatrical run in certain areas. Marmaduke is directed by Mark A.Z. Dippé, Matt Philip Whelan, and Youngki Lee. Animated Movie ‘Marmaduke’: Potential Release Date In May 2022.

According to the same website, a television series based on the IP is also in development. Whether it will go to Netflix like the movie now is uncertain, but it’s expected that this film is only part one of a “re-launch” of the MARMADUKE brand with additional films, TV shows, and other merchandise planned.

America’s most playful pooch has been delighting fans since 1954. The lovely Great Dane appears in more than 660 newspapers, in over twenty different countries worldwide. Marmaduke epitomizes the overgrown lapdog, with an irascible streak and a penchant for mischief that is tempered with a deep sense of love and responsibility for his family.

Based on the newspaper comic strip drawn by Brad Anderson. Netflix will release the new Marmaduke movie streaming on Netflix (in the US & UK) starting May 2022.