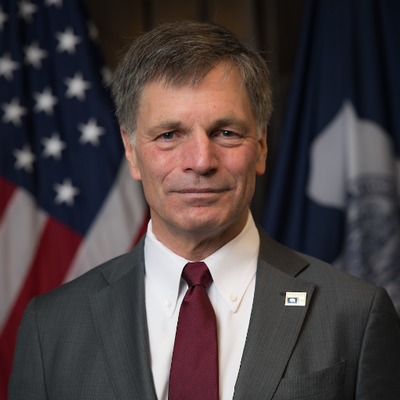 Mark Gordon (born March 14, 1957) is an American politician serving as the 33rd governor of Wyoming since 2019. A member of the Republican Party, formerly, he served as state treasurer, he was appointed to that position by then-Governor Matt Mead on October 26, 2012, to fill the vacancy created by the death of Joseph Meyer.